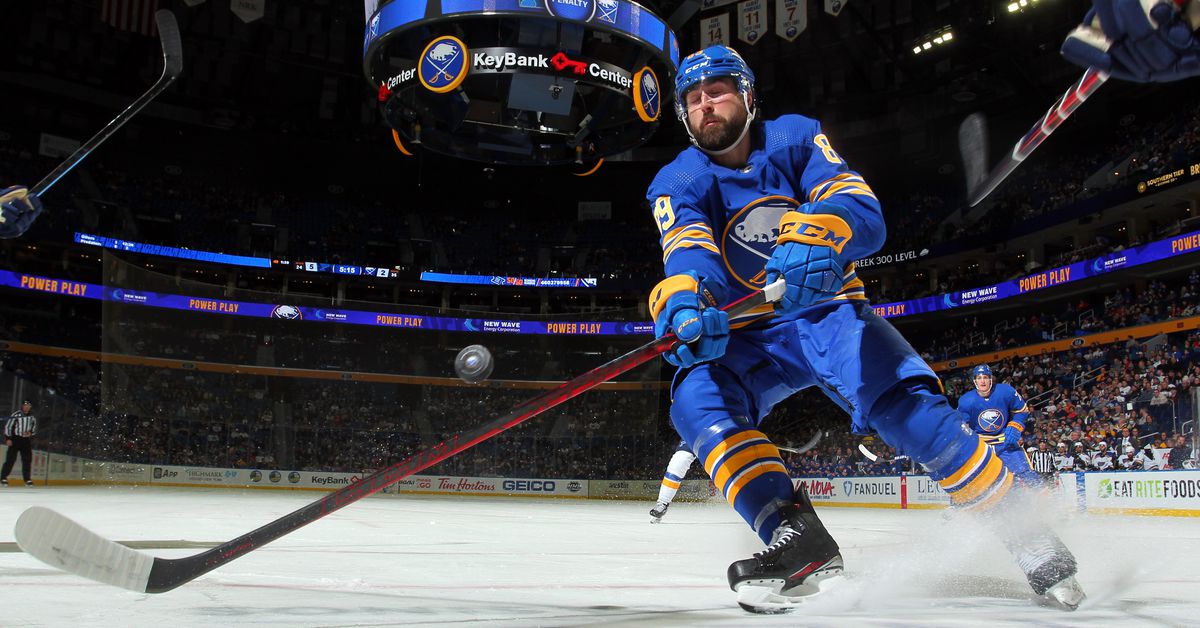 The Buffalo Sabres acquired Alex Tuch, along with Peyton Krebs, as part of the Jack Eichel trade on Nov. 4, 2021. Sports pundits widely questioned the deal at the time, thinking Sabres GM Kevyn Adams waited too long to make it and got too little in return. Krebs was supposed to be the better piece in the trade, but Tuch turned out to be the big new star on the ice.

Tuch had undergone shoulder surgery in Vegas the previous summer and couldn’t play with the team immediately. However, when he was finally ready, Tuch quickly made his presence known on the Sabres’ top offensive line, playing regularly with Tage Thompson and Jeff Skinner. While he hasn’t had the number of goals that Thompson and Skinner have enjoyed, Tuch did get 26 assists in just 50 games and has 38 points for his less than a full 2021-22 season.

He’s also endeared himself with fans, showing a strong level of enthusiasm and commitment to the team and the town. Adams, in a veiled reference to the Sabres’ last captain, said he wanted players who wanted to be here. Tuch, a Syracuse native who grew up watching the Sabres, made his childhood dream come true when the Vegas Golden Knights traded him to Buffalo. That’s something that most hockey players, including Jack Eichel, have been unable to realize.

Tuch particularly touched fans’ hearts, when, during RJ Night, he and Cody Eakin escorted the 79-year-old Sabres broadcasting legend onto the ice. Tuch and Eakin each grabbed one of RJ’s hands so Jeanneret wouldn’t fall on the slick surface.

He also put any doubts to rest about the Sabres getting the better end of the Eichel trade on March 10, 2022, when Eichel came back to KeyBank Center in a Golden Knights uniform. Late in the third period, Vegas was down 2-1 and the Knights pulled their goalie. Tuch took the puck away from Eichel and raced down the ice to score an empty netter with 35.9 seconds left, sealing Buffalo’s 3-1 victory:

No. 89 hasn’t played a full season as a Sabre, but he’ll get his chance this upcoming year. With an impressive performance so far, it’ll be fun to watch what he can do in 2022-23.