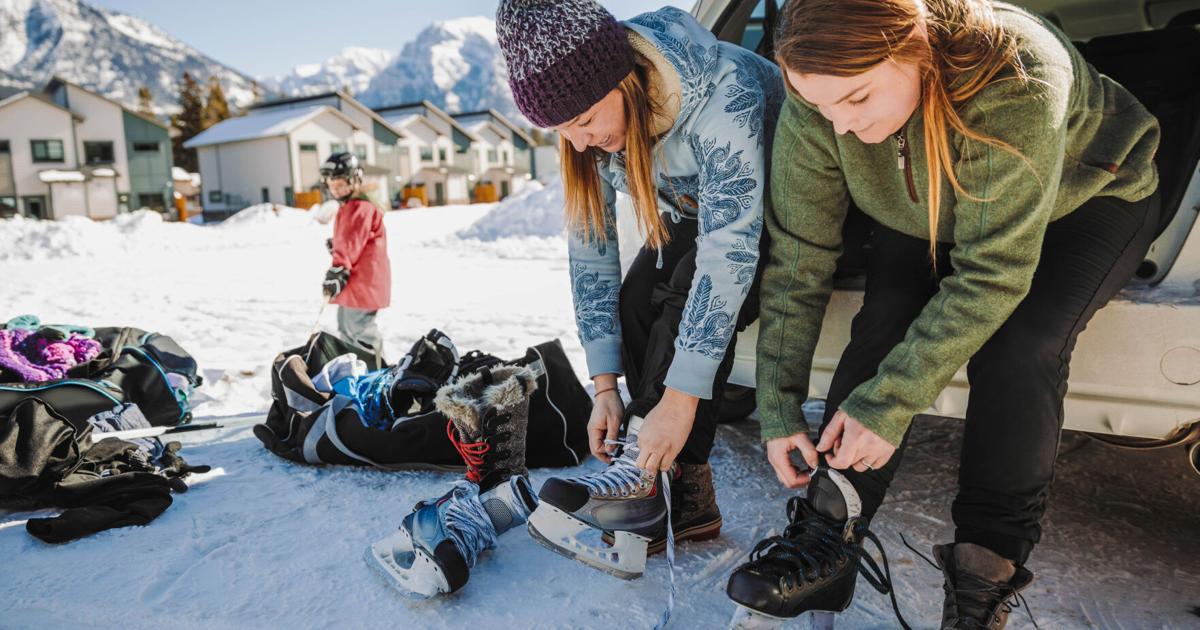 A: Ice skating began many centuries before the roller skate was invented.

A 2018 article on ice skates by Laura Poppick for Smithsonian Magazine says “our ancestors have been hustling around on ice for at least 3,000 years.”

The invention of roller skates, on the other hand, is traced to the 1700s when people began attaching wheels to ice skates and shoes.

Poppick’s article says early bone skates – generally made from the shin bones of cattle and horses – have been found throughout flat and wet regions of Hungary, Scandinavia, Germany and elsewhere.

“Whereas modern skates with blades travel only forward and backward, bone skates lie flat and can glide in all directions,” the article says.

“In the modern day skates, you have this blade and you make a kind of scissor-like movement and you push yourself, you propel yourself by pushing your leg to the side,” says Hans Christian Küchelmann, a bioarchaeologist at the University of Groningen in the Netherlands quoted in the article. “But you can’t do that with the bone skates.”

For centuries ice skates were the only way some people had to travel around in winter.

“In the 15th century Netherlands, the most common way to travel in cold months was by skates, says Federico Formenti, a physiologist and sports scientist at King’s College London who has studied the evolution of ice skates,” the article says. “Networks of canals that the Dutch built to power water mills and irrigate farmland in the summer became frozen highways for thousands to travel by in winter.”

Wheeled skates likely originated as a prop on a London stage in 1743, according to a Wikipedia article. The article says the first “roller skate” was introduced in 1760 by Belgian inventor John Joseph Merlin.

An Encyclopaedia Britannica article says early roller models “were derived from the ice skate and typically had an ‘in-line’ arrangement of wheels (the wheels formed a single straight line along the bottom of the skate). In 1819 M. Petibled of Paris received the first patent for a roller skate.”

The first practical roller skate was designed in 1863 by James Plimpton of Medford, Massachusetts.

Plimpton “broke from the in-line construction and used two parallel pairs of wheels, one set near the heel of the boot and the other near the front,” the article says. “He attached the wheel pairs to the boot using springy carriages known as trucks. This construction was first known as the ‘rocking’ skate (and is now known as a ‘quad’) because it allowed the skater to easily shift on the skates in order to smoothly navigate turns and perform other maneuvers.”

The innovation sparked the first great recreational roller-skating craze in the United States and western Europe, where rinks were built in both small towns and large cities, the article says.