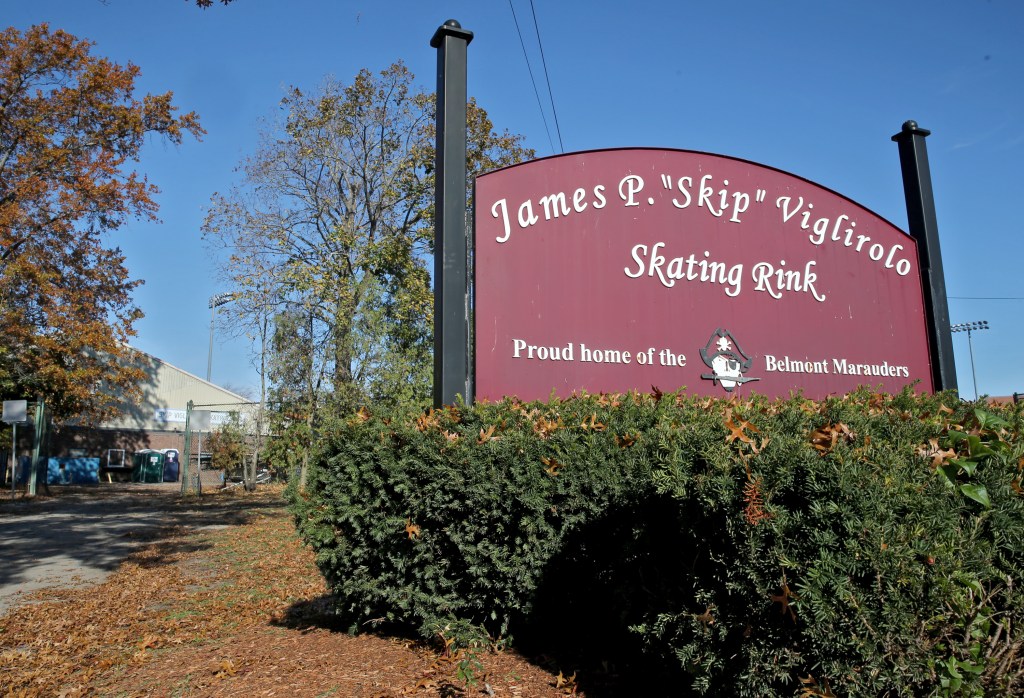 Though the need for a new ice rink and field house in Belmont is great, such a facility won’t be coming to town anytime soon after residents voted against the $33. 5 million project on Election Day.

The project is the only one that isn’t moving forward out of major local ballot questions across Greater Boston that sought millions in funding for big construction initiatives. In fact , Belmont residents overwhelmingly approved a $39. 5 million referendum for a new public library across the street from the ice rink on Concord Avenue.

About 52% of Belmont voters said “no” to the new ice rink facility, while 58% said “yes” to the new library, according to unofficial election results posted on the town website Tuesday.

If approved, the ice-rink request would have replaced the current facility with a new one that had more locker rooms for various high school sports teams and more bathrooms plus water bottle refill stations, according to the advocacy committee Yes4Rink.

The new facility would have had the ability to be open year-round, with the rink turning into a concrete floor to be used for other activities during warmer months, the particular committee states on its website. Belmont Recreation has pushed back the opening date for the rink several weeks due to the recent warmer temperatures.

Belmont Youth Hockey Association, a local nonprofit, raised roughly $2 million, prior to the election. A debt exclusion, or a temporary increase in property taxes beyond the limits of Proposition 2 . 5, would have funded the remaining project costs.

“We believe the outcome is more of a reflection of the current financial times rather than this specific project’s worth, ” Yes4Rink states on its website.

Construction of the new library is slated to begin in 2024 and will be funded through a debt exclusion. The expectation is for the new building, located on the same site as the current library, to open three years after funding has been secured at the town level, according to the Belmont Library Foundation.

Roughly 63% of Brookline voters approved a $65-million debt exemption for renovation of four of the town’s fire channels and reconstruction of its fifth and final fire station on Babcock Street.

Hingham gave the greenlight towards the largest local question in Massachusetts, with 71% of voters approving a $113 million construction project for any new pre-kindergarten-grade 5 Foster Elementary School. The town also gave thumbs up to $46. 7 million for building of a public safety service that will house the Hingham Police Department and North Fire Station, which serves the northwest portion of town.