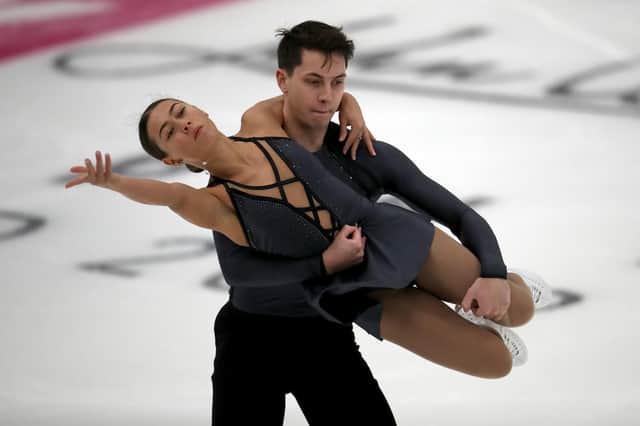 Following the success of the city’s hosting of the ISU Figure Skating World Grand Prix at iceSheffield this past weekend, the sport’s governing body wants to harness the interest in the event and the country’s growing reputation in the sport to create more elite athletes.

Not since the days of Robins Cousins and Torvill and Dean in the 1980s, have British skaters been regularly competitive in figure skating. But despite indoor sports being hit hard during the Covid pandemic, British Ice Skating were still able to send three skaters to the Winter Olympics in Beijing this year.

They also had seven skaters competing at the grand prix in Sheffield, yet the fact that local lad Luke Digby had to move up to Dundee to train with his pairs partner Anastasia Vaipan-Law, suggests there is plenty of work to do to decrease the geographical spread of the sport.

UK Sport awarded British Ice Skating £1. 6m for figure skating and short track for the cycle up to the Milan-Cortina Winter Olympics in 2026, and Jon Eley – a former Olympic speed skater and now performance director of British Ice Skating – told The Yorkshire Post that Sheffield can play a role in developing a pathway.

“We’re in a state of building at the moment, ” said Eley.

“To be able to compete with the best in the world we need a pipeline of talent coming through and the ability to support that, so we’re looking at developing more performance centres to do that.

“In short track speed skating we have a centre in Nottingham, right here in Sheffield we should be able to have a figure skating and ice dance centre in the future.

“We’re working to make Dundee a centre and we’re considering other options as well, but that’s our plan over the next four years, to start to have more opportunity for our best athletes to skate together, rather than be spread out across the country.

“Sheffield is very much a home of ice skating with three ice pads within close proximity.

“The commitment that the city of Sheffield, and ice Sheffield, has shown to British ice skating is a partnership we want to develop in the future. ”

There were encouraging Uk performances in Sheffield with ice dancers ice Lilah Fear and Lewis Gibson winning a silver medal while Yorkshire’s Digby, inset, and his pairs partner Vaipan-Law finished seventh on their grand prix debut.

Eley said: “It was a fantastic opportunity for these skaters who work so hard day in, day out to compete against this calibre of opposition on home ice.

“For British ice skating as a whole, to welcome some of the best skaters in the world and showcase that in front of a British audience was really good. It’s not often we see this level of snowboarding competition come to the UK. ”