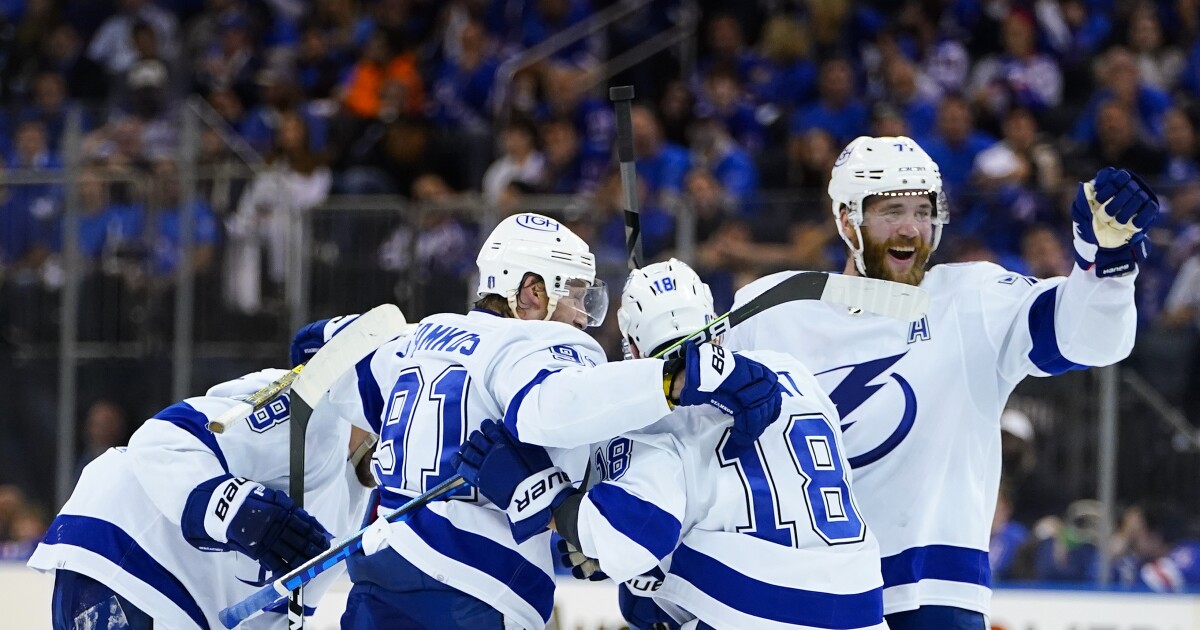 TAMPA, Fla. — With the tragic coverage of the endless mass shootings this year, record-high gas prices, the stock market plummeting and horrific pictures of death and destruction in Ukraine, being optimistic and having a positive frame of mind may be challenging right now.

So when the Tampa Bay Lightning beat the odds, came back to win the Eastern Conference Final and make it to the Stanley Cup Final series for the third year in a row, it’s been hard not to smile.

“You don’t see this anywhere! We don’t even have ice in this place and we are going to win again,” Tyler Bullington said with excitement. He’s a big Bolts fan.

“How exciting for the team and for Tampa. Everyone deserves it. They are the best. It’s amazing that they just keep going back,” added Gwen Hog, who also loves to watch the Lightning games.

“Having a community makes people feel happier with their lives, makes people feel like they belong, and that there’s meaning. So it’s a mix of a distraction, but also this bigger thing of just bringing meaning to your life,” Dr. Peal said.

With so many things going on in the world out of our control, Dr. Peal believes being part of this Stanley Cup Final series and cheering for the Bolts can help that anxiety.

“Even though we don’t directly control the outcome, we’re not out there on the ice, it does evoke this feeling of control of something in our life that is going well, that has an end and that we can celebrate afterward,” he added.

Many Bolts fans would agree.

“I even had my nails painted blue today. It’s exciting and it’s nice to have something to look forward to. Something that’s positive and good energy and it brings people together,” Hog explained.

Since many of our incredible Lightning players have become positive role models, Dr. Peal said that helps inspire children and adults alike.