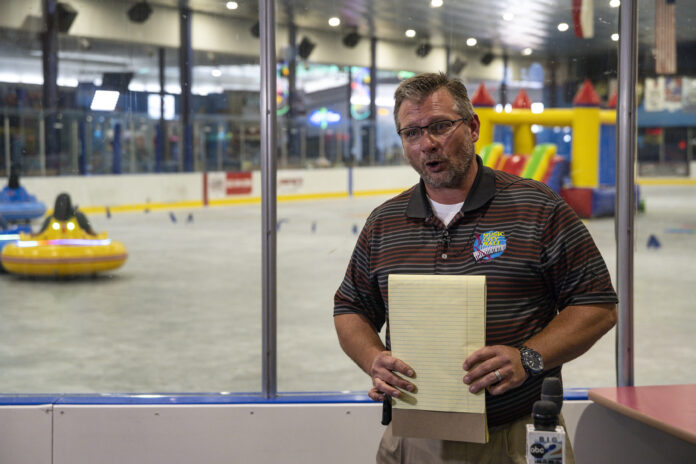 “Unfortunately, due to a catastrophic failure of our obsolete and quite frankly, old equipment that was used to maintain the ice floor, we have been unable to get it back up and running. So we had to abandon the idea of ice all together.”

Morgan said that during the bidding process to see about keeping the ice, they found that it was going to be “prohibitively expensive” to install a new ice plant, but that the roller rink could be accomplished in half the time.

The goal is to have the new rink open by the holidays. Results from a written in-house survey of the mall’s tenants also factored into the final decision.

“We always value what our mall tenants tell us as this rink and what it does affects their livelihoods as it does ours,” Morgan said. “And it showed, overwhelmingly, our tenants preferred the idea of a roller rink versus and ice rink.

“With that said, we expect to have more information coming out about our plans, what we are going to do, how long the construction process will take and when we expect to open in the coming weeks and months.”

Currently, the mall is operating bumper cars and bounce houses within that same space and the staff that had been working at the ice rink are operating the alternate attractions.

Morgan said that the bumper cars will remain after the rink is installed, with modifications to be made to the wheels, which were originally designed to slide on the ice surface.