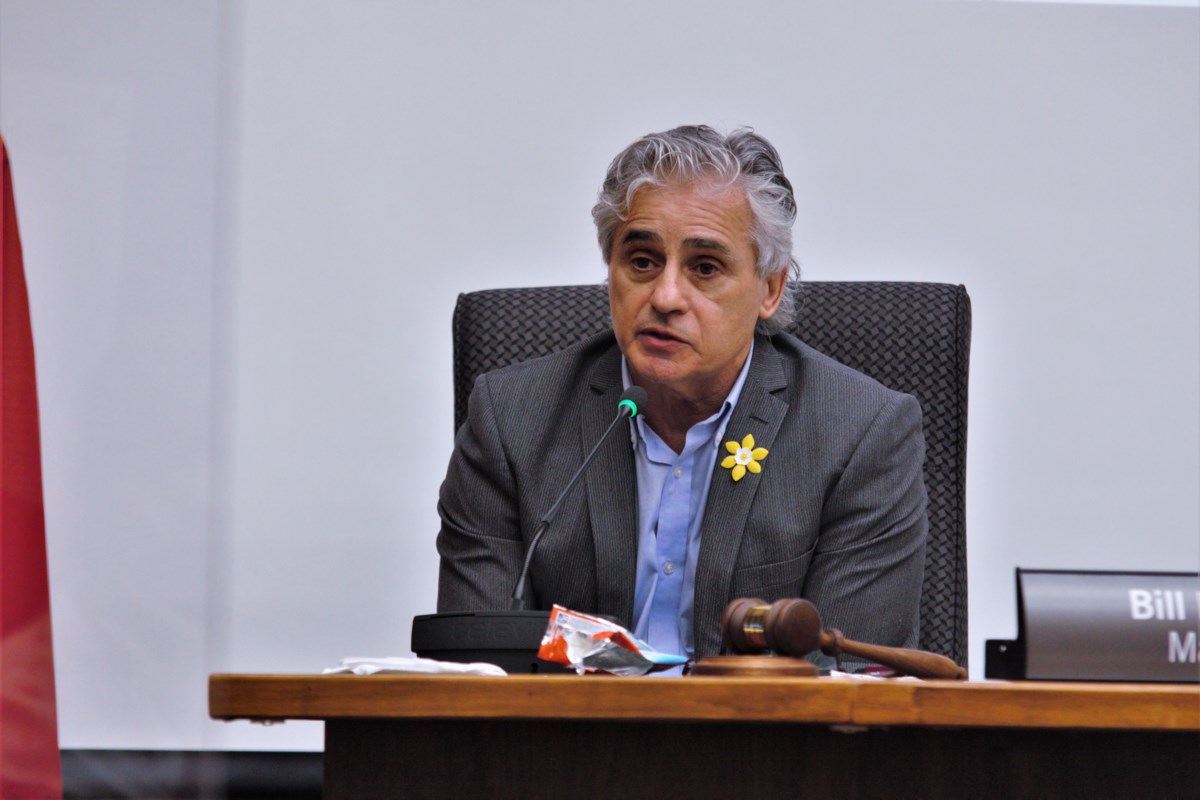 THUNDER BAY – City leaders are acknowledging it will be all but impossible to finalize plans for a proposed indoor turf facility before the Oct. 24 municipal election.

The city isn’t racing the clock to beat that deadline, with an update to city council on next steps still believed to be more than a month away, in late July.

That would be more than six weeks after the city learned its request for federal funds to support half the cost of a $44.8 million turf facility design at Chapples Park was rejected.

While city administration says the delay is necessary to conduct public consultation, it dashes hopes expressed by Mayor Bill Mauro that council would “see a report in short order” on next steps after learning of the funding rejection.

It also leaves little room for error if councillors wish to make even limited progress on the project, with only a few council meetings left before the election.

“I know there’s great frustration for those that have wanted to see this for a long time,” Mauro said in an interview.

“To all of the user groups, I would say in all likelihood, even though it wouldn’t be my choice, it’s going to be a decision that will end up resting with the next council.”

He emphasized, however, that a number of unknowns make it uncertain exactly what can be accomplished.

The city is still sitting on five potential solutions proposed by the private sector in response to an expression of interest (EOI) process last year, details of which have not yet been made public.

That includes both long-term and short-term solutions for an indoor turf field accommodating soccer, Ultimate Frisbee, cricket, lacrosse, and other sports.

That means even if council were to select one of the options, the city would likely still have to complete steps like detailed design work and a competitive bidding process for construction.

Asked if it would be feasible to reach a final decision on a facility before the end of the term, Gale said, “In my view, no.”

“We really thought we were going to be able to move forward with this council,” he said. “[Now] it’s very unlikely something will be decided on in this term.”

The soccer community has been in desperate need of indoor capacity longer than that, he said, with the collapse of the Sports Dome on the CLE grounds in 2016 leaving teams scrambling for space.

The only current turf options are at the Hangar at Lakehead University and a converted ice rink at the Thunder Bay Tournament Centre, while some younger groups have turned to practicing in school gyms, Veneziale said.

Based on summer registration numbers of 2,700, he estimates that leaves about 1,500 players with nowhere to play in the winter, and limited access for another 1,200, representing what he said is likely the single largest recreational user group in the city.

City leaders have acknowledged the need to build capacity, he said, but simply haven’t been able to settle on a solution.

“I think the most frustrating part is that if you were to just simply ask the councillors a yes or a no, should we build a facility, I think you’d get 12 out of the 13 saying yes. The issue that we’re having is more so the type of facility.”

Veneziale hopes council will review the expressions of interest as soon as possible, and create some tangible progress to set up the next council for action.

Just how far council will get remains uncertain.

“It’s difficult to know at this point what’s even possible,” said Mauro. “The expressions of interest will end up in front of us – that’s my anticipation. Whether or not there’s still runway for this [council] to do anything with them is a question I just can’t answer with any certainty right now.”

“If administration and legal says you still need to go to an RFP… that process would take more time than we have.”

Gale said a tentative date had been set to present a report on next steps to council, but that he could not share that date, saying only it would be “in the coming weeks.”

Several sources said they expect that to be in late July.

The delay is a surprise to Veneziale, who expected the city to move more quickly after it was rejected for federal funds.

“There was plenty of time to prepare for this potential outcome, so it’s disappointing,” he said. “There’s only a handful of meetings left during this term of council, so every week we miss is one less opportunity.”

In an interview, Mauro reiterated his belief administration could have been prepared to move more quickly.

“It would seem to me it would have been appropriate for us to be prepared,” he said. “Having said that, not receiving the response from the feds until we did, that process was significantly delayed. To be fair to administration, we wouldn’t have been in this time box if we had received an answer, positive or negative, months ago.”

Gale cited the need to conduct public consultation as a reason the report to council would have to wait.

“The pandemic has had an impact on user needs and designs, and we’re just looking to make sure whatever it is that council decides on [is] well informed by the user groups and public opinion,” he said.

Asked why that consultation wasn’t conducted earlier, Gale said, “It was only determined in March that we would actually do [the consultation], and the commitment we made was it would be done in the spring.”

Coun. Mark Bentz agreed the delayed answer on federal funding – staff first expected a response in late 2021 – had put the city in an awkward position.

“The timing couldn’t be worse for this council, hearing this late in the game that we weren’t successful,” he said.

However, he argued administration had good reason not to rush into next steps, and should take time to consider alternatives including the possibility of other available funding.

“I think it’s unfortunate what happened in this whole process over the last number of years,” he said. “It’s been a lot of wait and see, and we’ve run out of time in some ways.”

Administration is doing everything it can to move the project forward, Gale said.

“Clearly, this issue is of high interest to the community, regardless of where one stands… and it’s also high priority for city council.”