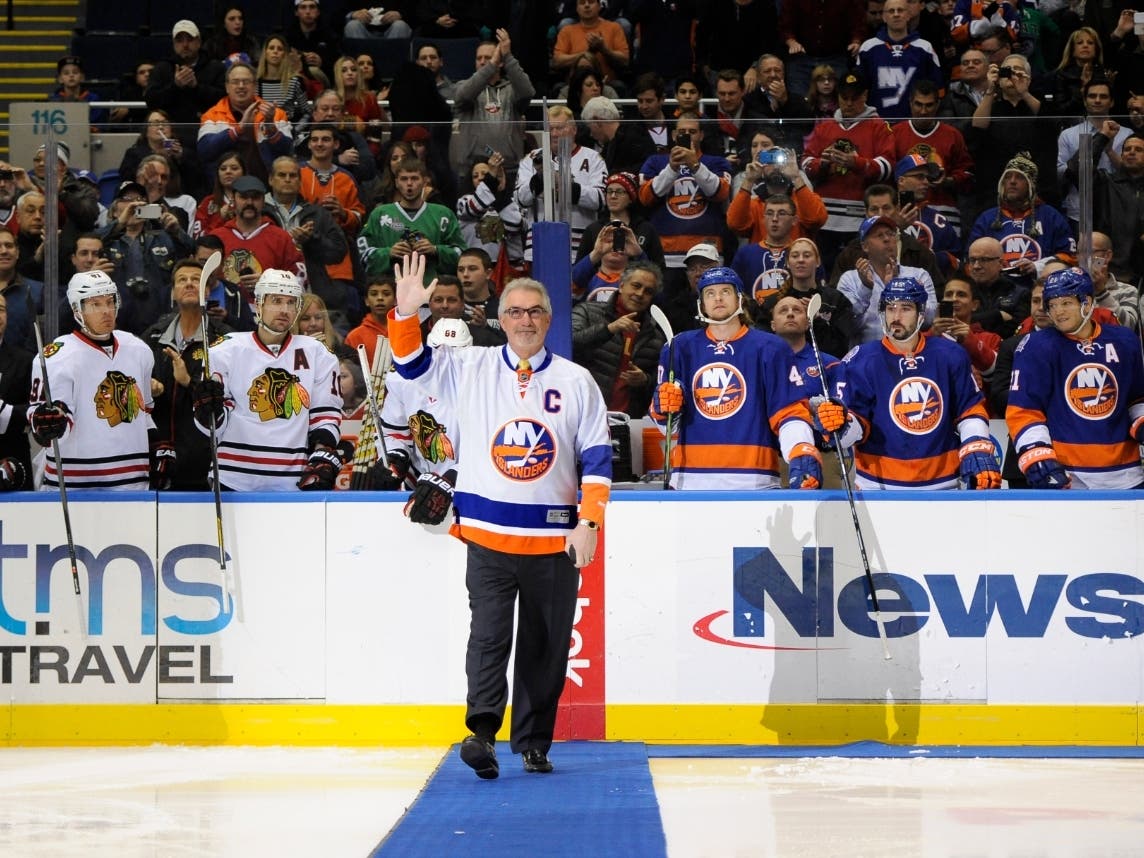 DIX HILLS, NY — Dix Hills Ice Rink is set to be renamed the Clark Gillies Arena at Dix Hills Park to honor the late New York Islanders hockey legend, according to the Town of Huntington.

The dedication ceremony is scheduled for 1 p.m. May 14 at the Dix Hills Ice Rink, at 575 Vanderbilt Parkway, Dix Hills. The event, open to the public, is set to be attended by Town of Huntington Councilmembers Joan Cergol and Salvatore Ferro, the Gillies family, the Clark Gillies Foundation, members of the New York Islanders organization, and other Town of Huntington officials.

Cergol and Ferro introduced the resolution to rename Dix Hills Ice Rink in Gillies’ honor at the March 15 Huntington Town Board meeting, where it was unanimously approved.

Pamela Gillies, the wife of Clark Gillies, said she is grateful to the Town of Huntington for the “beautiful dedication” in Clark’s memory.

“He loved this town and its residents and he would be deeply honored to see just how much this town loved him back,” she said.

Clark Gillies played for the Islanders from 1974 to 1986, serving as team captain from 1977 to 1979. Along with fellow Islanders Mike Bossy and Bryan Trottier, Gillies played a vital role in the team’s four consecutive Stanley Cup victories from 1980 to 1983.

Gillies played in 872 games for the Islanders, scoring 304 and 359 assists for a total of 663 points; the fourth-highest of any Islander. Gillies played two more seasons with the Buffalo Sabres before retiring.

In 1996, the Islanders retired his No. 9. In 2002, he was inducted into the NHL Hall of Fame. He is frequently cited by fans and sports analysts as one of the greatest hockey players in the history of the Islanders franchise.

Gillies was a Greenlawn resident, an active member of the Town of Huntington, and a
well-known philanthropist across Long Island. He created The Clark Gillies Foundation, which aims to support children in the United States and across the globe facing physical, developmental, and/or financial challenges.

The Clark Gillies Foundation donated $3 million to Huntington Hospital to establish a state-of-the-art pediatric emergency department staffed and equipped to meet the medical needs of children. This pediatric emergency department, along with the entire Huntington Hospital Pediatric Unit, has been named after Gillies and his foundation in honor of his repeated charitable contributions.

“For decades Clark Gillies was a big personality consistently connected to philanthropic
endeavors, always eager to lend his name, a hand and his generosity to advance numerous causes,” Cergol stated via news release. “His work and goodwill are particularly impactful here in Huntington which is why I felt it so important to acknowledge him in this way.”

Ferro said Gillies meant so much to him and the Town of Huntington.

“It is truly a privilege to be able to help preserve the memory and legacy of an amazing athlete, philanthropist, and someone I have been proud to call my dear friend.”