Flyers great John LeClair is back in hockey as a coach with 3ICE, a new pro 3-on-3 league – The Philadelphia Inquirer 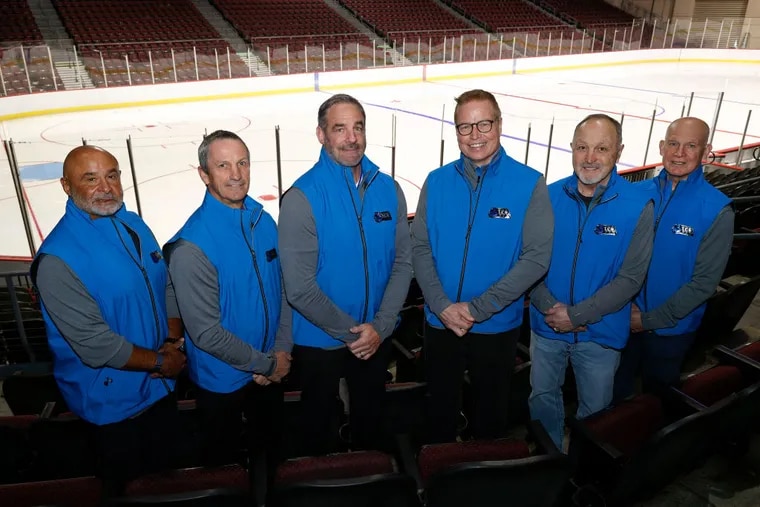 The NHL debuted a revamped overtime in 2015, instituting a five-minute, 3-on-3 format in regular-season games that were tied through regulation. By giving skaters more space on the ice, the league presented teams an increased opportunity to score and end the game before reaching the shootout.

(The Flyers, who have the league’s worst shootout win percentage, should’ve been thrilled by this development at the time.)

While opponents traded breakaways and peppered goalies with shots in the first season of the new, chaotically offensive format, teams introduced more structure to their approach over time, focusing more on possession and in turn being more selective with their shot attempts. As teams became cagier, overtime became a lot less fun to watch.

So when E.J. Johnston, the son of former NHL goalie, coach, and general manager Ed Johnston, approached LeClair two years ago to ask him if he would like to join his new 3-on-3 hockey league called 3ICE as a coach, the Flyers’ Hall of Fame left winger expressed interest. Johnston’s aspiration was to bring the excitement back to the once-beloved format.

“I think everybody that watches overtime hockey, they love the 3-on-3, especially when it first came out,” LeClair said. “Now it’s slowed down a little bit because there’s more puck control. But we’re going to take that out of it.”

3ICE will begin its inaugural season on Saturday in Las Vegas, with LeClair trading in his familiar spot on the bench as a 16-year NHL veteran for a position behind it. Hockey Hall of Famers Guy Carbonneau, Grant Fuhr, Joe Mullen, Larry Murphy, and Bryan Trottier round out the roster of 3ICE coaches. The six-team league, which features six skaters and one goalie per squad, will make eight stops across the country through Aug. 6.

One of those stops will be on July 9 at the Giant Center in Hershey, Pa., where LeClair hopes to see a crowd of Flyers faithful.

“Obviously, a day in Hershey is always fun for anybody,” LeClair said. “And then you come and sit down and watch two hours of entertaining hockey. I think it could be a great day for a lot of Flyers fans.”

Each game is made up of two eight-minute periods with a running clock that stops only for injuries and penalties. 3ICE has rules in place to keep play moving, like restricting teams from passing the puck back to their goalie to make a line change. Once a team crosses the blue line with possession, it can’t retreat past center ice to regroup. If the puck deflects into the netting and back to the ice, play continues.

When a team scores, there’s no faceoff and the game instantly resumes once the puck is fished out of the net. A goalie who stops the puck can’t freeze it and must instead play the puck to a teammate. If the game ends in a tie, it goes to one-round shootouts until a team emerges victorious.

“All the little changes doesn’t change hockey, it just changes the speed of the game and the tempo of the game,” LeClair said. “The biggest thing is going to be, it’s going to feel a little bit like when you play shinny.”

There are three rounds per site that consist of six games total — a three-game opening round, two semifinal games, and a championship game.

The top four teams in points by the end of the season will head to the final in Las Vegas on Aug. 20. The victor will take home “The Patty,” a trophy named for former Pittsburgh Penguins general manager and 3ICE commissioner Craig Patrick, and roughly $1 million in prize money.

LeClair said the draft featured some “competitiveness” among the six coaches. He assembled an experienced squad, which includes Jayce Hawryluk, the No. 32 overall pick in the 2014 NHL draft by the Florida Panthers. Winger Alex Kile, another member of Team LeClair, played 27 games for the Phantoms (AHL) and 11 games for the Comcast-owned Maine Mariners (ECHL) last season.

The teams convened in April for a training camp in Las Vegas for players whose professional seasons had already ended. 3ICE tested out an in-house telecast, gearing up for the season when their games will be televised on CBS and CBS Sports Network.

“It got us all very excited just from that weekend about what’s to come,” LeClair said.

Although LeClair admitted that he won’t be utilizing groundbreaking strategies or mixing and matching lines, he said he reached out to some of his coaching friends for 3-on-3 plays. He said most of those designs are “kind of basic,” but he wouldn’t divulge the sources of his coaching advice — “I’ve got to keep my secrets,” he added.

However, he’s already made his coaching philosophy clear to his players.

“I just tell my guys, it’s about scoring goals,” LeClair said. “We’ll worry about defending when we get back in our end. Let’s think offense the whole time.”