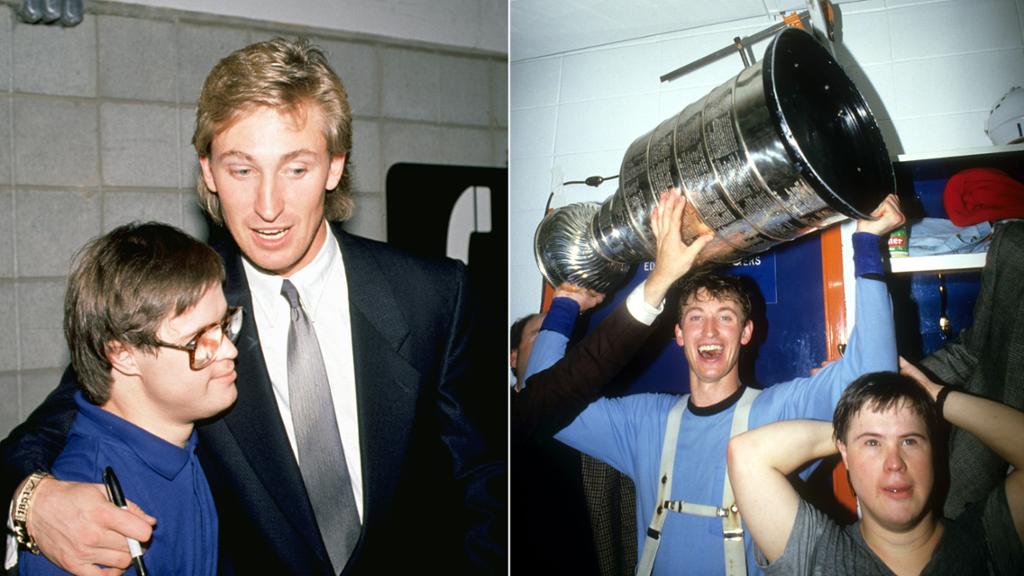 A year and a half after Joey Moss’ passing, Wayne Gretzky is still finding ways to help honor his memory, and now he’s asking others to do the same.

Moss, the Oilers’ former locker room attendant, was born with Down syndrome and helped clean the locker room, did laundry, filled water bottles and handed out towels for 35 years. The Edmonton native started with the Oilers in 1985 and quickly grew to be a team favorite. Moss died on Oct. 26, 2020 at age 57.

In his honor, the Edmonton Oilers Community Foundation is conducting a mega 50/50 draw during the Western Conference Final. The proceeds will be donated to three charities that were special to Moss: the Special Olympics Edmonton, Edmonton Down Syndrome Society and Winnifred Stewart Association.

“[Moss] was such a wonderful young man and I had the opportunity, my dad’s sister was mentally challenged, so I was very comfortable from the time I met Joey,” Gretzky said on ‘NHL on TNT.’ “[Longtime Oilers general manager] Glen Sather was kind enough to get him in the locker room and not only give him a job and an opportunity but treated him like a regular.”

The jackpot will accumulate through Monday’s fourth game between the Oilers and Colorado Avalanche.