How tech, talent and money turned Britain into a winter sports nation – The Guardian 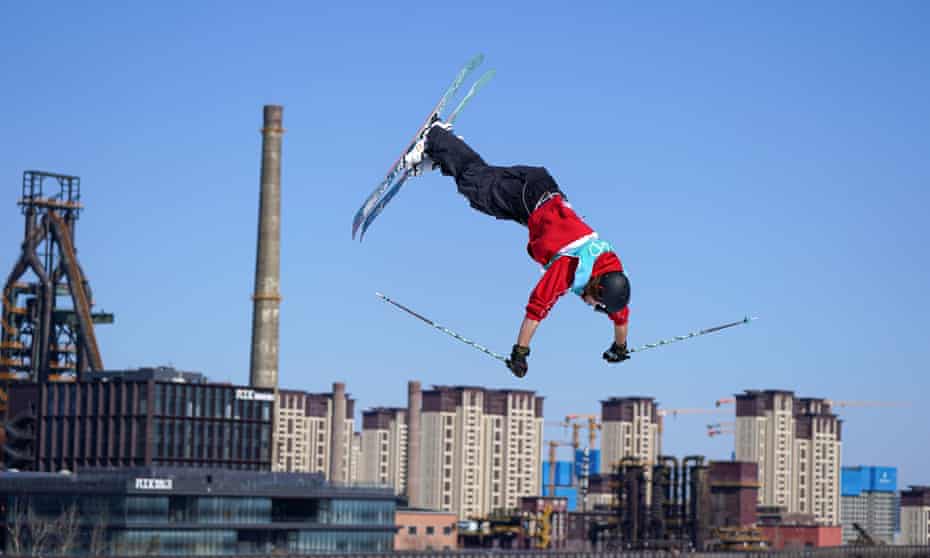 How tech, talent and money turned Britain into a winter sports nation

On an island not known for its snow or ice, something is stirring. Not so long ago when Team GB turned up at the Winter Games, they left with their medal cupboard looking barren or bare. Sure, there was the occasional highlight – and those of a certain age will see Robin Cousins, Torvill and Dean and Rhona Martin in their mind’s eye – but as a winter sports country, Britain carried a distinct whiff of Eddie the Eagle: harmless and a little bit hapless.

The transformation has been stark. Between 1952 and 2010, the nation won just 12 medals in 16 Winter Games. Then came a quiet revolution. In Sochi in 2014 there was a five-medal haul, a tally equalled in Pyeongchang in 2018. Now there is a bullish confidence that the team can do even better in Beijing.

As Britain’s chef de mission, Georgina Harland put in her message to athletes in the team handbook: “Team GB arrives in Beijing with a talented team, more competitive across more disciplines than ever before. We continue to grow as a winter nation and that is down to the performances you as athletes continue to achieve every season.”

What has caused such a turnaround? A combination of tech, talent, money and new Olympic events. The tech has been most pronounced in the skeleton, where Britain has used the same aerodynamic and skinsuit technology that helped propel Britain’s track cyclists to success. Amy Williams in 2010, and Lizzy Yarnold in 2014 and 2018, reaped the benefits with gold medals.

Money? When it comes to winning more medals, Rule 101 is that cold hard cash undoubtedly helps. In curling’s case, for instance, they have been able to build a national centre in Stirling in 2017 which has led to almost immediate results. GB’s three teams – mixed, men and women – are able to train full-time in a state of the art facility and have three realistic shots of glory in Beijing.

The new events? Remember curling, a game played seriously by a small number of countries, was only reintroduced as a demonstration sport in 1988. While the exciting snowboard and free-skiing events are an even more recent addition. Despite many of its athletes learning on dry ski slopes rather than real snow, Britain’s flicks and tricks department has punched above its weight.

And the talent? Here a mixture of homegrown stars combined with the controversial acquisition of those British roots – including snowboard cross athlete Charlotte Bankes, who previously competed for France, and halfpiper Gus Kenworthy, who used to represent the US – has given Britain a team that could yet win seven medals, the top end of its target.

Some caution is advised, of course. In many high-tariff events such as big air, where competitors perform a spectacular trick after flying off a massive ramp, the level of variance is higher than in, say, rowing or cycling or running.

Another injection of randomness comes from the Covid situation. So far no British athlete has tested positive but as the Alpine skier Dave Ryding puts it: “It’s always on everyone’s mind. You wake up in the morning, and you’re like: why is my throat hurting? Your roommate will probably tell you you’ve been ripping out some snoring all night, but the first thing you think is: what am I coming down with?

“It does bring more stress and that makes it harder and draining,” added the 35-year-old, who believes he has a shot at a medal after his recent World Cup win. “But we’ve been through it for two years now. So we all know what to expect and what to do.”

When it comes to medals, Bankes is considered Britain’s gold medal banker, and the mixed and men’s curlers will fancy their chances too. But it would be unwise to discount the men’s four-man bobsleigh, given they have peppered the podium this season.

Meanwhile Zoe Atkin, James Woods and 17-year-old Kirsty Muir all have live shots in freestyle skiing, and if British skeleton can find more secrets in their bag of tech tricks, Matt Weston might yet figure in the medals.

Is it possible that Britain has its best ever Winter Games? Of course. However there is a sense that what happens in Beijing is only part of a wider project that involves climbing higher in the medal table, with GB Snowsport setting their sights on being a top five skiing and snowboard nation by 2030.

Is spending the money needed to succeed philosophically desirable, given the country is not a winter sports nation? Good question – although probably one for the end of these Games not the start.

For now, Team GB expects. And Andy Anson, the British Olympic Association’s chief executive, believes its athletes can deliver. “The past two Winter Olympics have seen Team GB achieve record medal returns,” he says. “And having seen the depth of our talent with our team of 50 athletes, I have no doubt we are on track to succeed once again.”