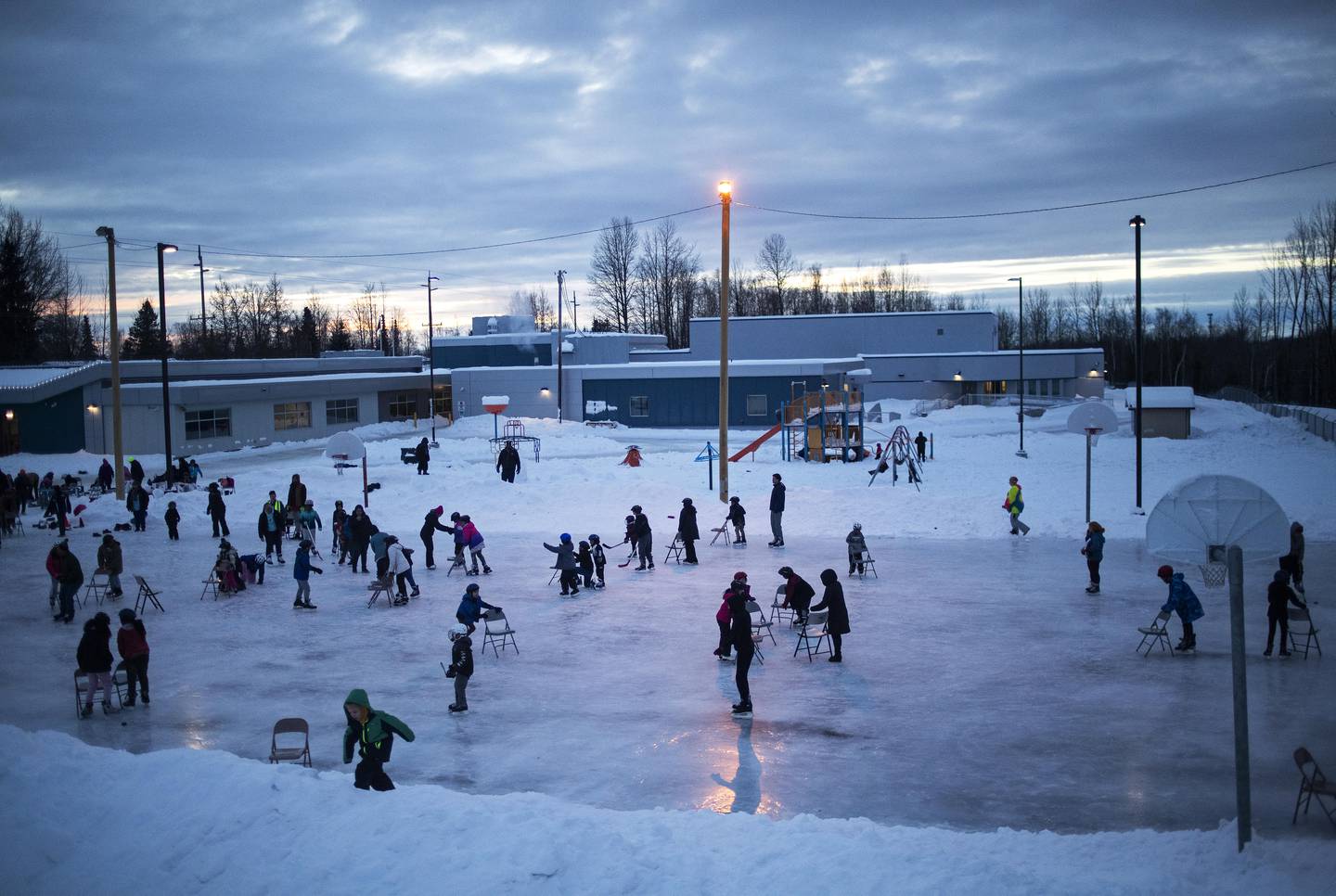 Within minutes, a full-blown gaggle of laughing children filled the ice as they screamed for “Coach Wes” to watch them skate.

Wes Cornelison –– a. k. a. “Coach” –– helped fit skates and tie up laces before taking to the ice, where he shouted praise, doled out high-fives and joined in on a pickup hockey game.

Cornelison, who teaches fifth grade and also coaches the school’s basketball team, organized a fundraiser in December to raise money for the school’s new ice rink. Within the first week, he raised nearly $5, 000. The fundraiser ended up bringing in a total of $8, 500.

The money raised went toward the construction of the ice rink, helmets, hockey goals, pucks and picnic tables, in addition to sharpening 50 pairs of ice skates that were in the school’s basement. Trek Bicycle Store and Play It Again Sports offered discounts, Cornelison said.

Mountain View Elementary School is a Title I school, which means a majority of families are low-income. For many of the students, Friday’s grand opening was their own first time wearing ice skates. Special education teacher Nathaniel Fromm helped from the snow as well, teaching kids how to stand on their skates plus slide from foot to foot.

Before Cornelison started teaching at Hill View Elementary, he had worked in environmental consulting with regard to 25 years. His work started to slow down during the pandemic, and it was around that time when the school needed a substitute health teacher.

“Those kids changed my life, ” he said. “I couldn’t walk away, so I came back to do one more year. ”

Being a fifth grade teacher is the hardest job he’s had, Cornelison said, but he’s seen improvement in his students. He’s been using the new ice rink as motivation for the kids to continue their hard work.

“We don’t have much out there, it’s frustrating, ” this individual said. “They need to know that somebody out there cares about them. ”

This isn’t the first fundraiser Cornelison has organized. In 2021, he helped raise just over $12, 000 regarding winter gloves, hats and boots for the school’s roughly 300 students.

On Friday afternoon, Principal Clare Hill was on hand at the ice rink to help students regain their footing after brief slips plus falls. She wants the school to be a “beacon of hope for the community. ”

Hill also said that some of their students are refugees and have never experienced a winter season before. It can be intimidating, she said, adding that the ice rink gives them an opportunity to learn to enjoy winter.

The rink, which is open on the weekends, is located at the east side of Mountain View Elementary School. The ice rink is also open to the public, and Hill hopes people see it as a community resource.

“We want (the community) to rely on us intended for things, ” Hill stated.