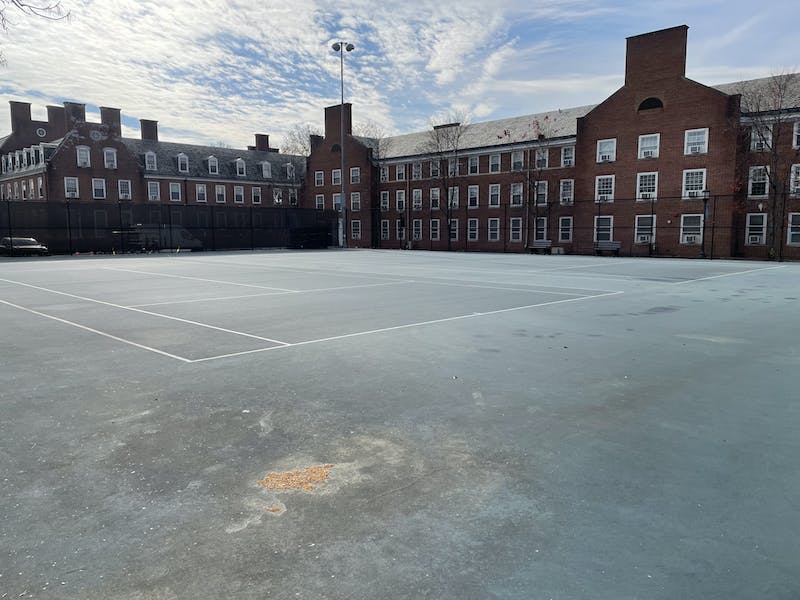 The University announced on plans to create an on-campus ice rink on Dec. 2. The ice rink, which will be available from Jan. 14 to Feb. 27, will be free for all participants.

Located on the tennis courts adjacent to N. Charles Street, the pop-up ice rink and rental skates will be available to students and employees as well as to community members during special weekend hours. All users will be required to reserve 90-minute sessions through an online registration system that will become available in January.

Freshman Vikrant Mahajan shared his excitement for the ice rink in an email to The News-Letter, describing it as a way to destress during the school year.

“The ice rink is an exciting feature that the University is bringing from campus,” he wrote. “Being from Minnesota, I grew up ice skating in the winter, and this is a nice reminder of home even though I’m in Baltimore. My friends and I are really excited to use it.”

Vice President for Communications Andrew Green explained that the plans for the ice rink were made with consideration of the varsity tennis schedule in an email to The News-Letter.

“The tennis team typically practices at an indoor facility early in the semester, and the nets are not reinstalled until weather permits, which typically coincides with the scheduled break-down time for the rink,” he wrote. “The Athletic Department will make sure that the team has practice time.”

Junior Christina Huynh, a member of the women’s tennis team, recalled her surprise when hearing the University’s decision to build an ice rink on the tennis courts in an interview with The News-Letter.

“I came home from Thanksgiving Break expecting another two weeks of outdoor practice, and I just saw all the nets and fences were down. I was just very confused,” she said. “I didn’t know until I saw the Hopkins Instagram post.”

Huynh explained that the team already had plans for indoor practice but didn’t expect the courts to be used for campus activities while the team was practicing indoors.

In an email to The News-Letter, sophomore Daniel Ardila, a member of the men’s tennis team, expressed his hope that the ice rink incites the University to update the tennis courts. According to him, the courts should have bleachers for spectators, trash cans for players on the courts, options for off-site viewing and improved lighting.

“Our facilities pale in comparison to those of D[ivision-III] programs at much smaller schools. We’ve made the best with what we have to get to the final four and [number five] in the nation,” he wrote.

“I just hope that the University notices the much-needed improvements on the courts and plans on giving them to us in return for using the courts for the ice rink,” she said.

Freshman Robbie Kuang expressed their eagerness to skate after not having the opportunity during the pandemic in an interview with The News-Letter.

“I love ice skating, but I haven’t been able to ice skate since COVID[-19] started. I’m excited for an ice-skating rink that is so close and super accessible,” they said. “I’m hoping to grab some friends and touch up on some skills once the rink opens.”