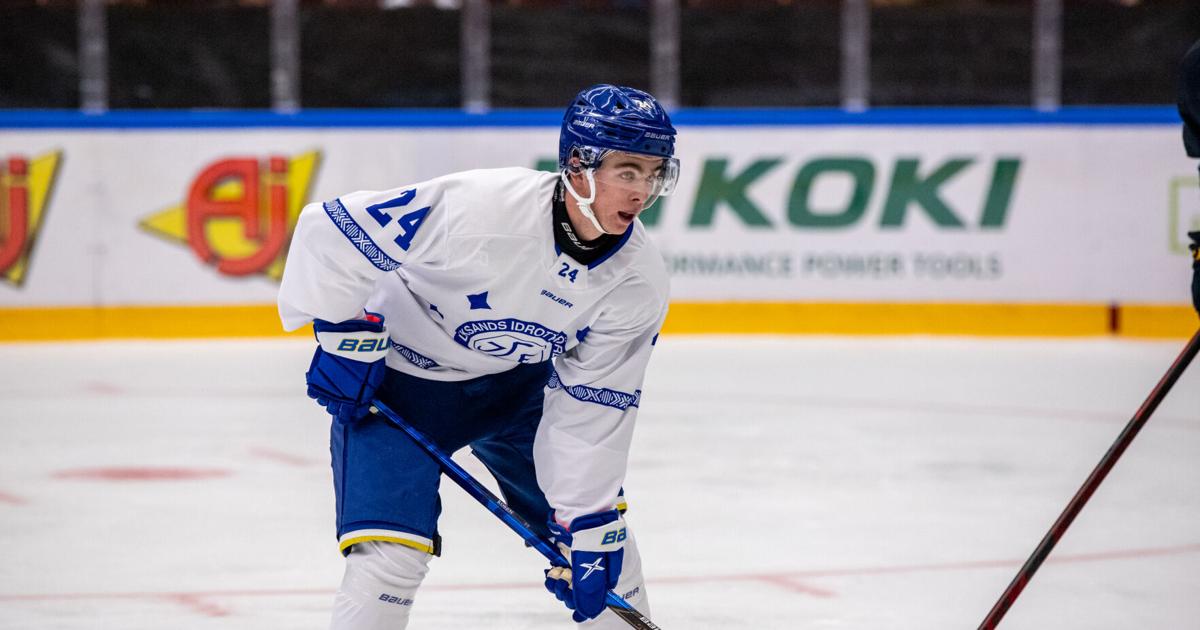 Isak Rosen was planning to remain in Sweden for another year.

No longer limited by the hand injury that ended his season in February, Rosen toiled away in the gym this spring to gain strength. Every workout was done to help him succeed against older, stronger men and earn a prominent role with Leksands IF in the fall.

Rosen wasn’t thinking about the NHL yet. He didn’t foresee the Buffalo Sabres wanting to sign him after an injury-shortened season in which he played sparingly with Leksands, his hometown team in the Swedish Hockey League.

Then, the call came that altered Rosen’s plan. On May 31, the 19-year-old winger signed a three-year, entry-level contract with the Sabres, who selected him in the first round, 14th overall, at the draft last July.

“It was a bit unexpected but really fun,” Rosen told The Buffalo News in a video conference call. “It’s a big, big opportunity.”

Rosen will try to make the Sabres’ roster out of training camp, where he’ll line up with or against proven players Tage Thompson, Rasmus Dahlin, Jeff Skinner, Alex Tuch and Kyle Okposo. An immediate jump to the NHL is unlikely.

Even though Rosen played 51 games in the SHL, he needs ice time and opportunity, neither of which were available in Leksands last season. The Sabres can provide both in Rochester, where Amerks coach Seth Appert helped top prospects Jack Quinn and JJ Peterka become top rookies in the American Hockey League.

And though the challenge ahead will be far different than the one Rosen was anticipating, the lessons learned in Sweden will still apply.

“I’m so excited,” he beamed. “It’s starting to become (reality) now. The first few days, I didn’t think it was real. I’m so excited now to come over this summer for camps and meet everyone. Then try to do my best to make the team.”

Rosen was a 16-year-old playing Under-20 hockey for Leksands when his future head coach in the SHL, Bjorn Hellkvist, was sitting in the stands. Hellkvist was wowed by Rosen’s skating. The diminutive winger sliced through the defense and his hands were quick enough to make plays with the puck at full speed. Rosen’s talent tantalized, even when playing on a line with Nils Aman and Emil Heineman, now prospects with the Canucks and Canadiens, respectively.

Rosen describes that 2019-20 season as the start of his ascent as a prospect in Sweden. It’s when he first saw that he had the talent to possibly reach the NHL one day. Hellkvist, who, at the time, was coach of Modo in the SHL, walked away knowing that it wouldn’t be the last time he saw Rosen.

“All I could say was, ‘Wow, that kid can play,’” Hellkvist said in a phone interview from his home in Sweden. “He made his linemates better and helped them score. … I think that Isak is the catalyst. He’s the brain. He always helps other players get better as well.”

Hellkvist was hired as Leksands’ coach for the following season, when Rosen earned a spot on the SHL roster. He totaled only one assist while playing limited minutes in 22 games but learned more about the pro game and showed that he was explosive enough to excel at that level.

Rosen emerged as a high-end prospect for the 2021 draft and established himself as a first-round pick last spring when he played against his peers at the IIHF Under-18 World Championship in Frisco, Texas. With Sabres hockey operations in the building, including General Manager Kevyn Adams, Rosen led Sweden with seven goals and nine points to help his team win bronze.

NHL Central Scouting ranked Rosen as the No. 8 International skater in the draft, one spot behind Aleksander Kisakov, whom the Sabres would select in the second round. Adams owned the No. 1 pick – which was later used to select defenseman Owen Power – and drafted Rosen at No. 14 with a first-rounder acquired in the Rasmus Ristolainen trade with Philadelphia.

Rosen earned more ice time at the start of the 2021-22 season. His fitness tests were on par with his teammates – he was even the “most explosive” on the roster, Hellkvist said – and at first, worked at the right wall on the power play. Leksands was determined to win, not develop. The club signed a veteran who took Rosen’s spot and his ice time decreased.

“Of course, it’s tough,” he recalled. “You just want to play. You always want to play on the highest level you can, and I also felt I could get more ice time in the SHL. The longer it took, it was more frustrating.”

“In the beginning of the league, he took major leaps in his development, especially offensively,” Hellqvist explained. “He owned his own ice time, owned his own ice and took responsibility for his actions on the ice in a grown-up way. But you know, in a professional league full of men, after a while, if you’re too young, it eats you up. It kind of did with Isak this year. But that’s not a bad thing, I guess. He proved he can play at that level. And if he can play at that level and score goals in the SHL, there aren’t a lot of players who can score in the SHL and don’t go on to score in the NHL. It’s a tough league in Sweden.”

Rosen averaged only 7:53 of ice time across 28 games with Leksands this season. He totaled two goals and four points. His role on the power play was gone. He practiced with the SHL group every week but didn’t know if or how much he’d be on the ice. Leksands had him play eight games with the Under-20 club, where he was dominant against his peers.

The experience in the SHL was still beneficial. Rosen played center this season and strengthened his defensive game. He saw that his speed was a threat against bigger, stronger opponents.

“His level of skill is very high,” said Hellkvist. “What he needs is to age like wine. He needs more time. Every year that is given now is gonna work for his benefit. He’s only going to become better and better each year.

Unable to get double-digit minutes in a game for two months, and scratched for four consecutive games, Rosen finally received the opportunity he coveted when he was assigned to Mora IK of Sweden’s second-tier pro league in February. He played more than 12 minutes in each of his first two games, totaling a goal and two assists while playing center.

It all came to an end during his third game on Feb. 13 when Rosen lost coverage in the defensive zone and found himself in front of Mora’s goalie. Rosen blocked the ensuing shot, but the puck struck him on the right thumb and index finger, breaking the latter and the knuckle of the former. He needed season-ending surgery.

“It was very tough because the whole season I felt that every day, I just want to play more and more,” he said. “It was nice to come to Mora and play. I had a lot of fun there. It was very tough. Now when I look back at it, I needed to play but you need to see the positive things as well. I had a long summer here working in the gym and that’s really important for me.”

Rosen’s finger is “back to normal” and he plans to attend Sabres development camp in Buffalo next month. He’s awaiting word on the IIHF World Junior Championship, which was rescheduled for August. He appeared in two games for Sweden in December before the tournament was postponed because of Covid-19 cases.

Then, Rosen will participate in the Sabres’ Prospects Challenge, a rookie camp featuring exhibitions against other NHL teams’ prospects, and his first NHL training camp under coach Don Granato.

The Sabres signed Rosen to gain control over his development. They’re no longer hoping a coach in Sweden gives him opportunity. He’s not sure what to expect when he arrives, though. His knowledge of the Sabres is largely based on highlight reels, social media and phone conversations with management.

Even with a clearer development path, Rosen hasn’t lost that determination to earn his ice time.

“It feels like they have something really good going on, a group that’s really strong and starting to build something,” he said of the Sabres. “That’s really fun to see.”