Lightning Round: Luck, injuries, skill, and will all factor into playoff success – Raw Charge 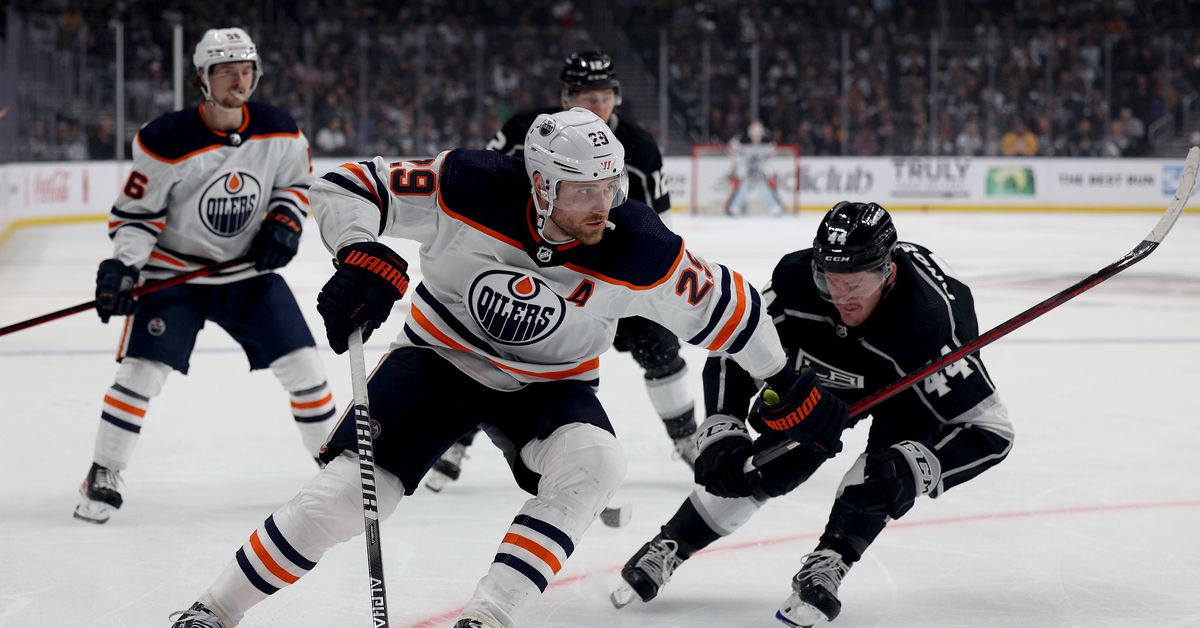 No team makes it to the Stanley Cup Final based on skill alone. No team has ever won the Cup simple because they were the best team on paper. Sure, sometimes the best team did indeed win it all, but along the way they had to catch their breaks, survive a key injury, and show their resolve in addition to their hockey skill.

The injuries that affected the Edmonton Oilers are starting to trickle out and the big one is Leon Draisaitl’s high ankle sprain. Suffered in Game Six of their series against the Los Angeles Kings, Draisaitl pushed his way through the pain and still managed to put up 24 points in the 10 games following the injury. The long term effects of the hockey mindset that dictates players continuing to go out on the ice despite potential career-dampening injuries is a discussion for another time. For now we have to accept the fact that players are doing it and every team is dealing with it.

In 2021 the Lightning made it to the promised land despite Alex Killorn’s broken leg, Victor Hedman’s torn meniscus, broken hands for Barclay Goodrow and Ryan McDonagh, and Nikita Kucherov’s broken rib.

You never know how things could have been different had a certain player not been injuries. Could Draisaitl have done more and been the difference in their series against the Avalanche? Probably not, but who knows. If Tyler Johnson, the Lightning’s best player during their playoff run, hadn’t suffered an injured wrist in 2015, could they have beaten Chicago?

What about luck? If Hedman and Ben Bishop don’t collide in Game Five of that series and hand Chicago an easy goal, does that flip the game and the series? With all the effort and preparation teams put into making it this far, it seems silly that a simple change of outcome on one play can change realities.

If Goodrow’s shorthanded attempt on a 2-on-1 breakaway in Game Three finds the back of the net instead of the post, it kickstarts the Ranger scoring a little earlier and is particularly deflating because the Lightning were on a 4-on-3.

That being said, good teams make plays like that become footnotes instead of destiny changers. You can only control so much in a hockey game. Bounces aren’t going to go your way sometimes and you have to be able to move on when the breaks aren’t on your side or take advantage when they are.

In Game 7 of the 2021 Eastern Conference Finals, a game that the Lightning won 1-0, Mat Barzal had a chance to tie the game with just over five minutes to go. The puck came to him on a rebound and he basically had an open net to shoot at. The puck bounced over his stick and he wasn’t able to get a shot off. That’s a lucky break for the Lightning, but do you remember it? No, not really, because they completed the shutout and didn’t waste that lucky break.

Ross Colton’s Sunrise Stunner earlier in this year’s postseason. The Panthers didn’t play Kucherov correctly, but if his pass doesn’t hit Colton’s stick and Ross The Boss doesn’t put it in the net, it’s just a close chance. They were lucky that MacKenzie Weegar made a bad read, but they had the skill to take advantage of it and win the game.

In order to climb to the top of the mountain a team needs a combination of everything to go their way. That’s why these games aren’t decided on paper, but on the ice. Randomness makes sports what they are and part of the reason they’re so much fun.

It’s funny how the narrative changes in a week. All the doom and gloom after the first two games has been replaced by a lot optimism. Are we in for a couple of more mood swings? Probably.

Brayden Point not ruled out for Game Five [The Athletic]

We might know more later today, but Coach Cooper was at his vaguest on Wednesday when asked about the status of Mr. Point. He did say that he would be “surprised” if Point plays, but isn’t ready to rule it out. Cool.

If Colorado wins it all, Makar is likely the MVP of their run. If either of the Eastern Conference teams win the Cup, it’ll be the goaltender that raises the awkwardly shaped trophy.

The Columbus Blue Jackets are handing the reigns of their AHL squad over to 33-year-old Trent Vogelhuber. The Lightning connection? He played for Jon Cooper with the St. Louis Bandits in the NAHL. Vogelhuber was also the first Columbus-area player drafted by the organization.

Forward depth could be issue in Final [Mile High Hockey]

The Colorado Avalanche are patiently waiting for the Stanley Cup Final to begin. They are also hoping some injuries to their forward corps run their course by the time the final round gets underway. Nazem Kadri, Andre Burakovsky, Nicolas Aube-Kubel, and Andrew Cogliano are all a little beat up at this point.

P.K. Subban wins King Clancy Trophy [All About the Jersey]

No matter the critics or supporters no one can deny that P.K. Subban’s dedication to his community. The New Jersey Devil’s defenseman is the first player in the organization to win the Clancy Trophy, handed out to the “player or players who best exemplify leadership qualities on and off the ice and have made a noteworthy humanitarian contribution in their community”. Just check the linked article for a list of the charities and organizations he partners with.