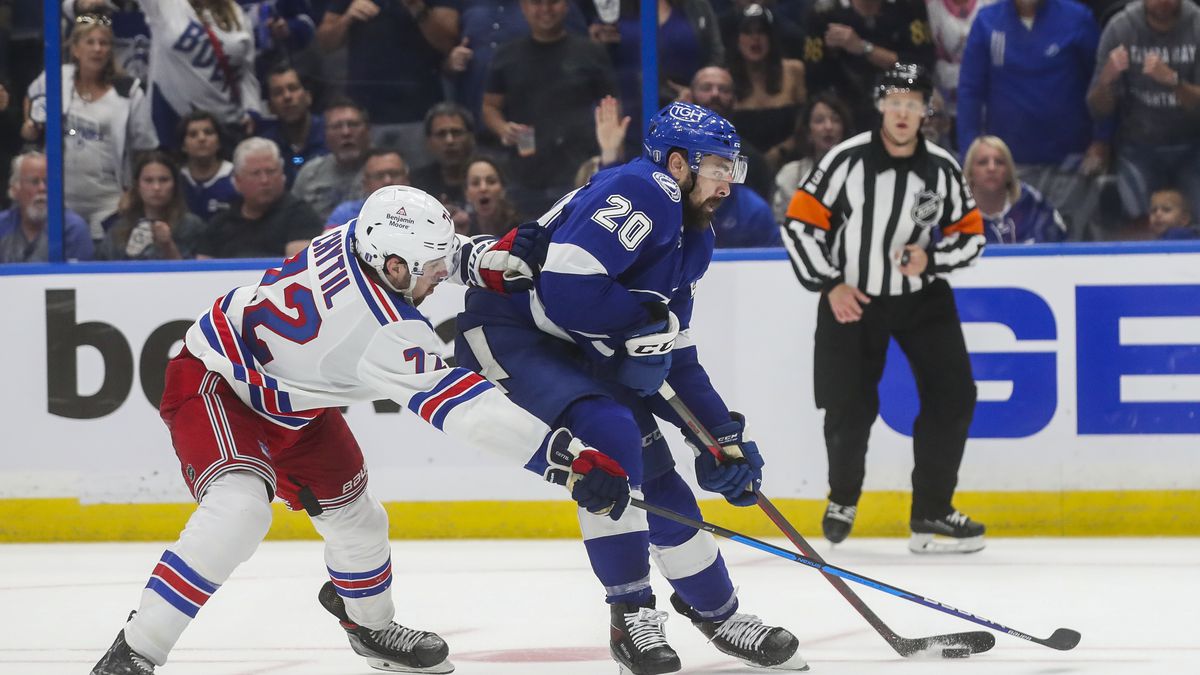 TAMPA — Three days after Nick Paul stood at a lectern inside Amalie Arena and expressed his desire to stay with the Lightning, his wish is coming true.

The team announced Friday morning it had signed Paul to a seven-year deal that carries an average annual value of $3.15 million (the total coming in at just over $22 million).

Seven more years of this 👇 pic.twitter.com/cUBhl0heR4

The deal was reportedly coming to a close Thursday night with TSN’s Darren Dreger stating, “Not done yet, but the Paul extension was a priority today.”

The $3.15 million is a raise from the $1.35 million Paul was making each of his two previous seasons with Ottawa.

This offseason, Paul, 27, was one of three Lightning unrestricted free agents — along with veteran forward Ondrej Palat and defenseman Jan Rutta — that general manager Julien BriseBois expressed an interest in re-signing. The free agency period opens at noon on July 13.

Paul made a splash in his short stint with the Lightning after he was traded to Tampa Bay in March. He followed up a 14-point regular-season (since the trade) with a nine-point playoff run, which included five goals.

Paul played on the team’s second penalty-kill unit and stepped up as a top-six forward after Brayden Point suffered a lower-body injury in Game 7 of the first-round playoff series against Toronto and missed most of the rest of the postseason.

This story will be updated.