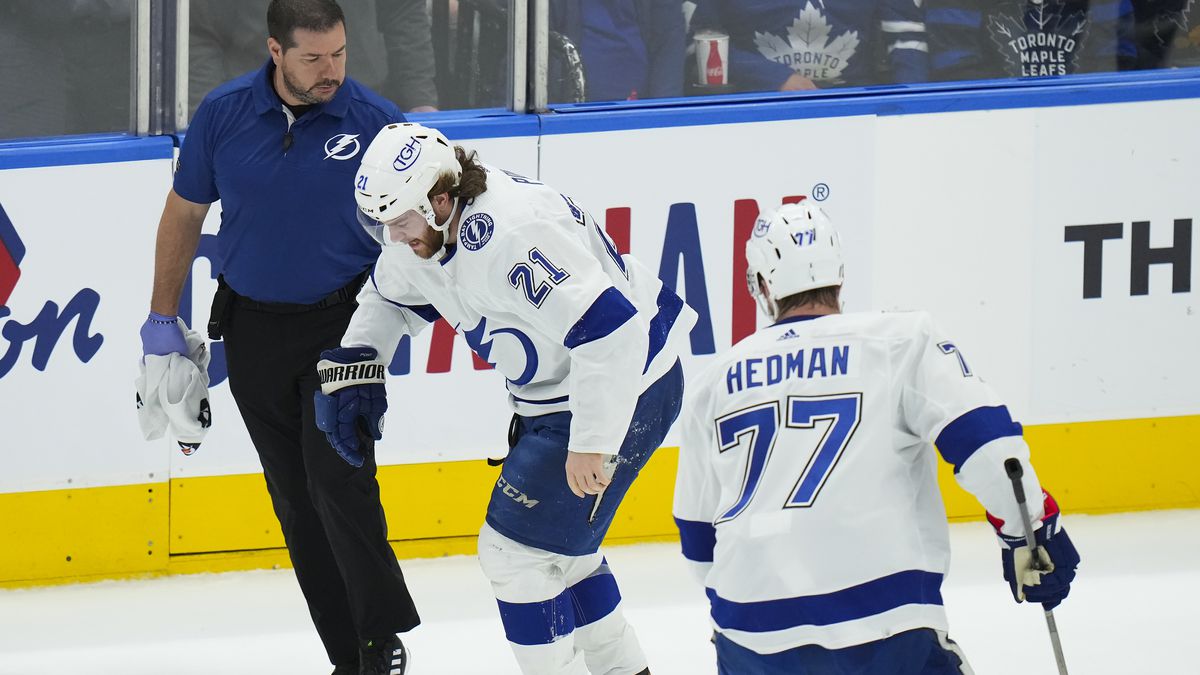 TAMPA — It’s not just a tied series that’s keeping up the Lightning’s spirits as they return to Madison Square Garden for Game 5 of the Eastern Conference final against the Rangers.

It’s also the renewed hope that Brayden Point could return at some point in the series.

Lightning coach Jon Cooper did not officially rule out the All-Star center — who hasn’t played since sustaining a lower-body injury in Game 7 of the opening round against Toronto on May 14 — for Thursday’s contest, saying he won’t have a definitive answer until Thursday morning.

“I can honestly answer this question with, ‘I don’t know,’” Cooper said Wednesday before boarding the team’s flight to New York. “I’ll find out when I get on the plane, so I’ll have an answer for (Thursday). But now we’re getting to the point where, every day, I don’t know if there will be definitive outs.”

Related: The Lightning don’t have momentum, they have moxie

Cooper said he’d be “surprised” if Point cracks Thursday’s lineup, but he wasn’t going to rule him out prematurely.

“These are things we thought could happen, but I want to temper everyone’s expectations with what’s going on because obviously it was a significant injury,” Cooper said. “I’m not going to push anything right now, but naturally the longer any series goes there’s a remote chance that he might be able to play.”

Point, who led the NHL in goals each of the past two postseasons, has been skating with the team since the series against the Rangers began, wearing a regular jersey and participating in puck-handling drills.

This was the next run ⤵️ pic.twitter.com/9AUKvRxdHl