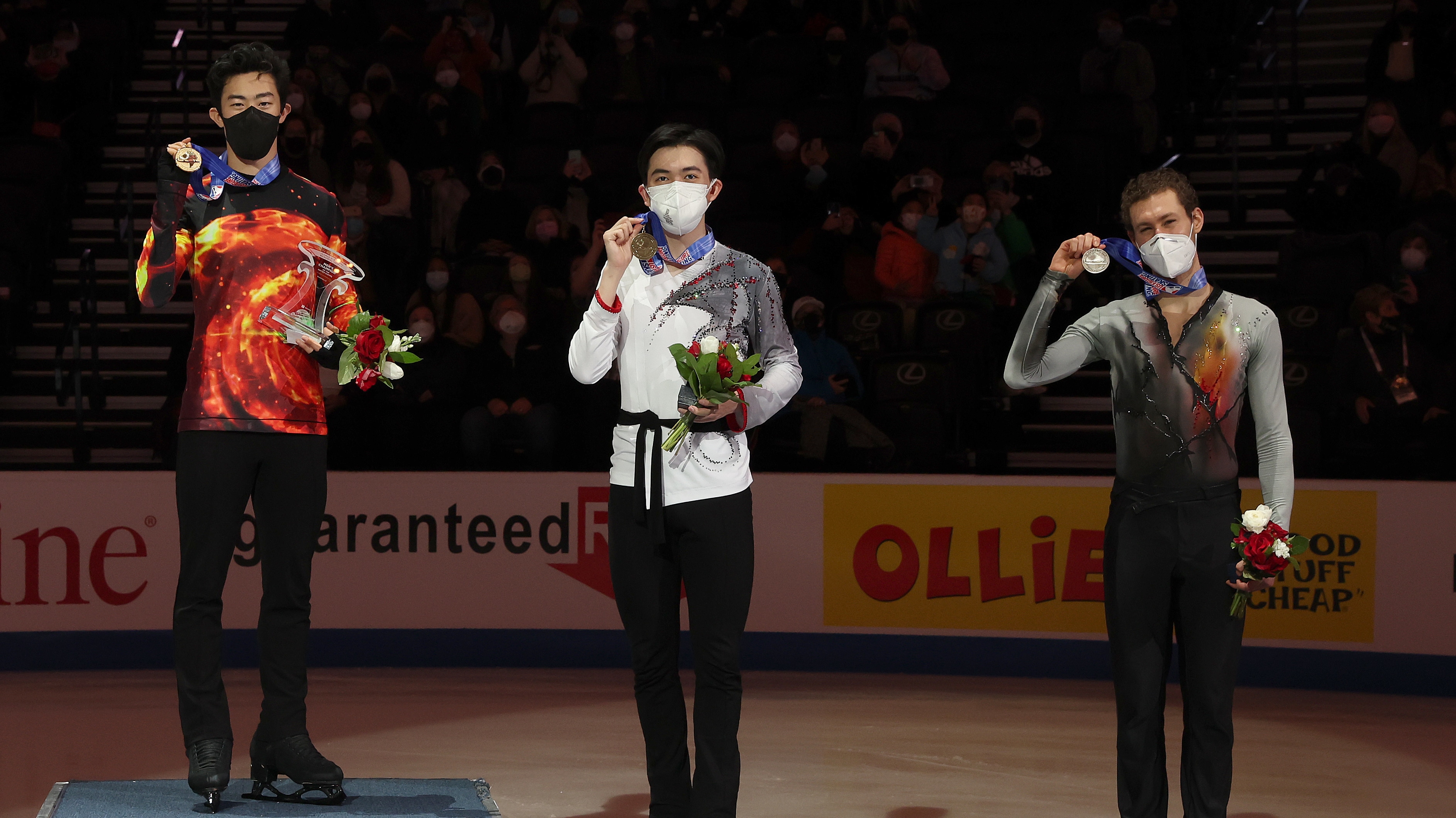 At 10 years old, Brandon Frazier teamed up with former partner Haven Denney – initially, as roller skaters. Frazier and Denney then competed in pairs from 2005 through 2008 and 2011 to 2020, winning four Grand Prix medals. When Denney quit figure skating in 2020, Frazier immediately worked with Alexa Knierim. They won gold at the 2020 Skate America Grand Prix and bronze at the 2021 Internationaux de France. At the 2021 U.S. Championships, Knierim/Frazier landed the competition’s highest combined total ever with 228.10 points.

Frazier was one of the highest-profile athletes to withdraw from the 2022 Nationals due to COVID. He announced serious symptoms in an Instagram post the night before competition started, saying: “Although my symptoms are pretty bad, nothing sucks more than not being able to compete.” Based on Knierim/Frazier’s results the last year, the team still qualified for the 2022 Winter Olympics – with the hopes that Frazier will fully recover soon.

Buffalo-born Kaitlin Hawayek got involved with ice skating at 3 years old, starting in singles. She switched to ice dancing in 2010, winning junior-level competitions. Hawayek paired with Jean-Luc Baker in June 2012. During the second half of their decade-long partnership, the duo has finished within the top ten at three World Championships. Starting in 2019, Hawayek/Baker earned four straight bronze medals at the U.S. Nationals.

Ice dance quickly became a family affair for Madison Hubbell, who took to the rink at age 5: In 2001, she teamed up with brother Keiffer and spent a decade speeding across the globe, earning medals and recognition at different events. In 2011, Keiffer drifted from the sport and Madison found a new partner in Zachary Donohue.

Now, after more than a decade as partners, Hubbell/Donohue have announced that the 2021-22 season would be their last. Their brilliant career has included two silvers and a bronze at the World Championships, three national titles, and an appearance at the PyeongChang 2018 Games. They placed fourth at the most recent Games – just 4.90 points from a bronze medal.

Following a second-place finish at the 2022 U.S. Nationals – they’ve won either gold or silver since 2018 – Hubbell/Donohue now head to the 2022 Winter Games for their last dance, and perhaps their best shot at an Olympic medal.