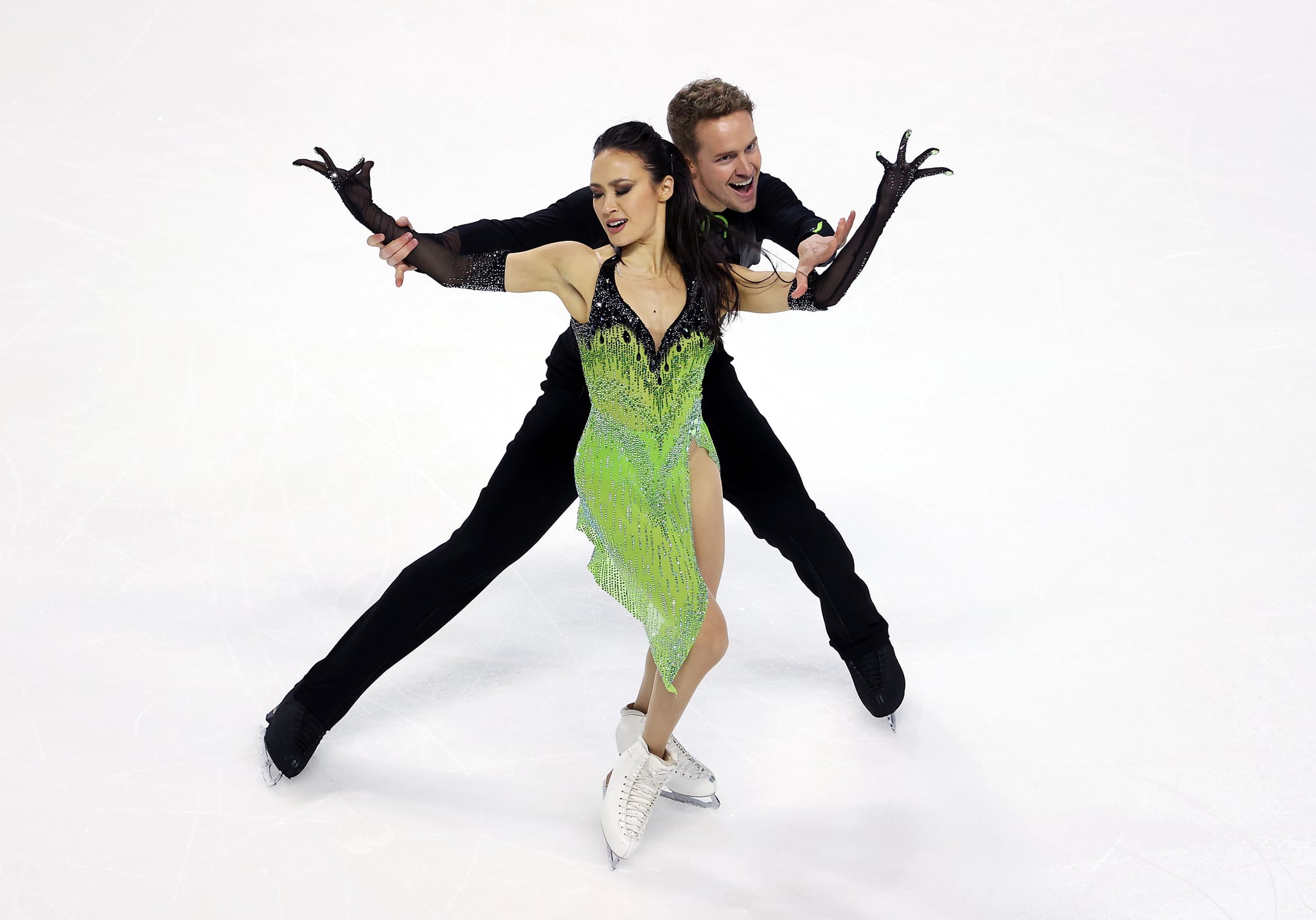 If you’ve been watching the figure-skating competition at the 2022 Winter Olympics in Beijing, you might have noticed one “fashion” trend among some skaters: wearing gloves during competition. While gloves are very common for skaters to wear during practice, they’re not always worn during performances. What’s behind the decision on glove-wearing? It really comes down to personal preference and comfort.

The simplest and most practical reason for gloves is simply protection. Wearing gloves helps skaters keep their hands warm while out on the ice. They also offer a layer of protection in case of a fall, or if a skater performs a tricky move that requires them to grab their blade with their hand. Gloves worn in practice, of course, will typically be made from different material than performance gloves, which will be designed to match with the skater’s costume, but they’ll serve a similar purpose. Wearing gloves during competition, especially for skaters who frequently practice in them, can just be a matter of comfort, too.

You might notice, however, that gloves are more common in singles skating than in pairs and ice dance. The use of gloves in paired disciplines also comes down to personal preference. Some skaters may find it more difficult to do challenging, hand-to-hand elements with a layer of gloves separating their hands, while others may feel that the gloves actually improve their grip or overall performance. The top two American ice-dance teams, for instance, have two different approaches to gloves. At the Olympics, you’ll see Madison Hubbell and Zach Donohue perform both programs totally glove-free. Madison Chock, however, has gloves as part of both her rhythm-dance and free-dance costumes, and partner Evan Bates wears gloves during the free dance, too.

There’s also one other very simple reason some skaters wear gloves and others don’t: style. As with anything else, there are regional trends when it comes to figure skating and costumes, and gloves are one major part of that. Russian skaters, for instance, are seen more frequently wearing gloves than, say, American or Canadian skaters. (Although, obviously, this isn’t a hard and fast “rule.”) A figure skater’s costume isn’t just a fashion statement, though; every piece of it is geared towards helping make the program the best it can be, and that goes all the way to a skater’s fingertips.