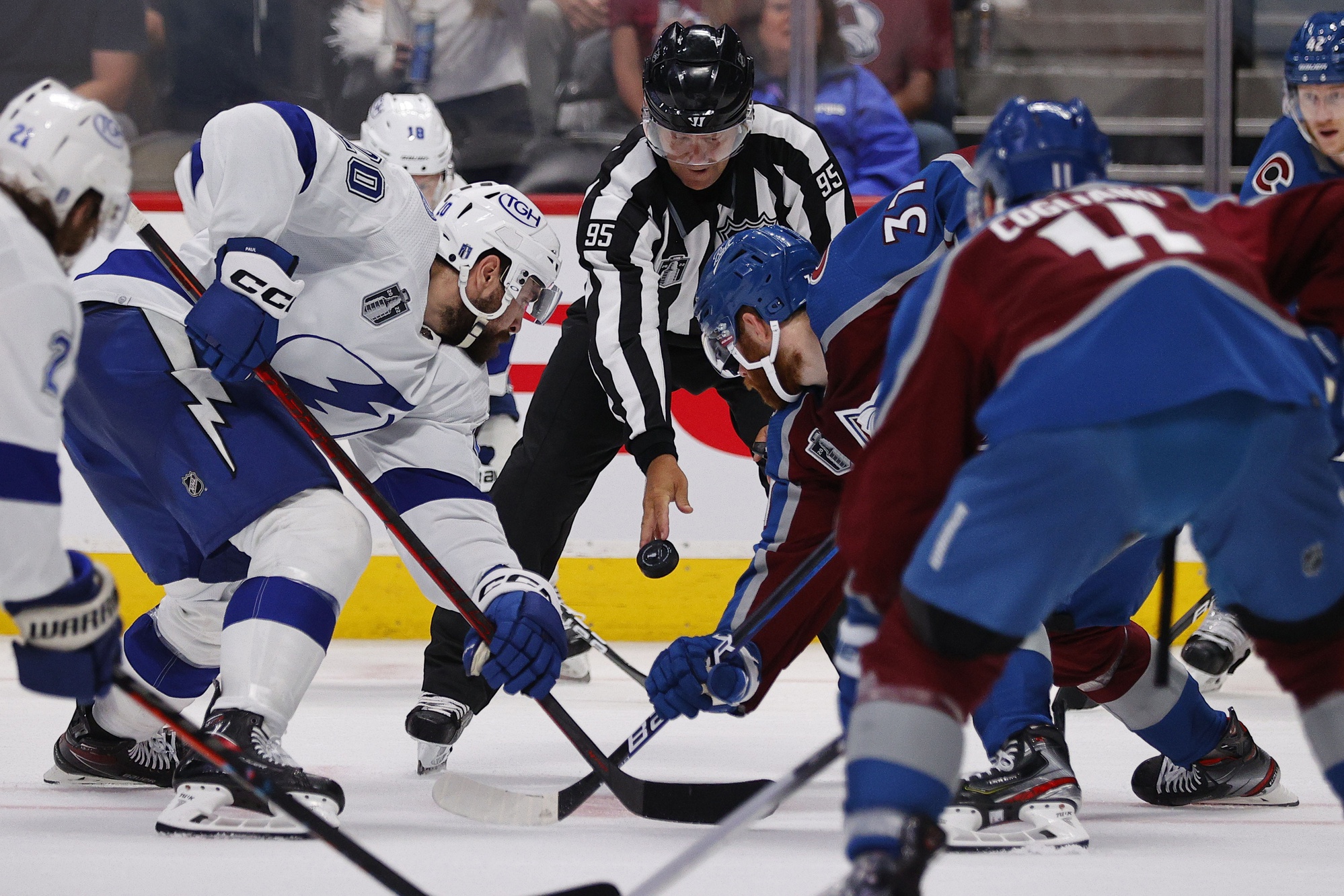 In easily the most crucial game of the series, the Avalanche and Lightning shift the Stanley Cup Final to Tampa Bay for Game 3.

The Avs have a 2-0 lead and could take a stranglehold with a victory on Monday.

Kadri is day to day

Head coach Jared Bednar labeled Nazem Kadri as day-to-day heading into Game 3. Kadri has yet to play in the final but looks to be getting close to returning.

Following the Avs’ morning skate, Kadri took the ice to work with skills coach Shawn Allard and was taking shots for the first time.

Burakovsky is not here, yet

The Avs will likely be without forward Andre Burakovsky for Game 3 following a presumed hand injury on Saturday.

Burakovsky has not joined the team in Tampa Bay yet, according to Bednar, but could be on his way later today. Bednar would not confirm that Burakovsky is out, but it’s unlikely he plays.

Without Burakovsky or Kadri, the Avs will likely dip back into their depth and bring Nicolas Aube-Kubel back into the lineup.

Aube-Kubel dressed in Game 1 but missed Saturday’s matchup following the return of Andrew Cogliano. The Avs could see Aube-Kubel skating on the fourth line with Alex Newhook and Andrew Cogliano. Which would reunite the Cogliano, Darren Helm and Logan O’Connor trio as the third line.

__
Aarif Deen is our Colorado Avalanche beat reporter. He covers Avs games live from Ball Arena and attends practices, media availabilities and other events pertaining to the Avs on the daily beat. He is also a co-host of Hockey Mountain High: Your go-to Avalanche Podcast. Deen joined Mile High Sports upon completion of his bachelor’s degree in journalism and master’s in business administration from the University of Michigan – Dearborn. Before Mile High Sports, Deen worked for the Michigan Wolverines Athletics Department as the assistant sports information director.

Listen to “Outclassing the Lighting in Game 2” on Spreaker.