My father beat the Soviets in hockey. This is what he taught me about passion and teamwork. – Sports Business Journal 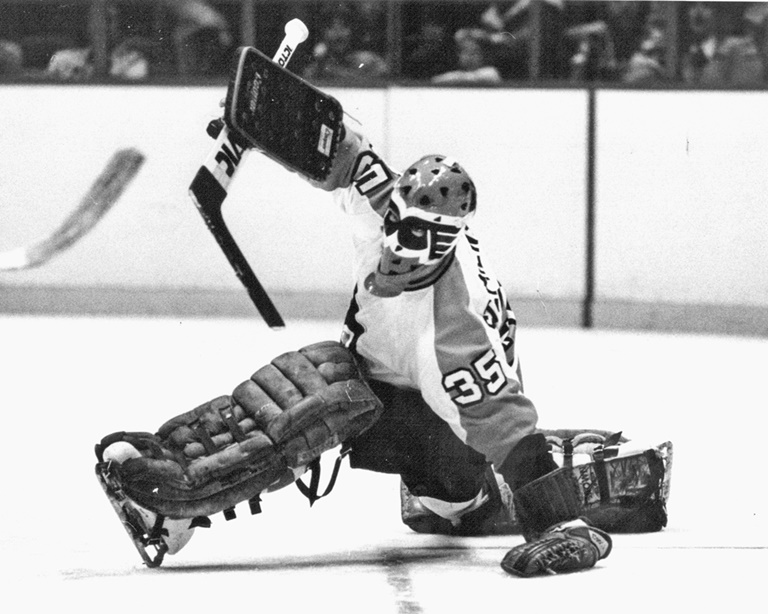 It was 1976, and the Philadelphia Flyers were playing a Moscow-based team known as “the Soviet Red Army” in a game rife with bad blood. The pregame trash talk led to an extremely physical battle for the puck, and yes, at one point, the Russians left the ice in protest. They ultimately came back, only to lose by three goals in one of their only defeats that year.

My dad, goalie Wayne Stephenson, allowed just one puck to pass him into the net.

Decades later, that Philly-Russia matchup remains one of the most memorable highlights of my dad’s 10-year career in the National Hockey League. It was a career that, in many ways, he never expected to have: The NHL never seemed to have an interest in my father, until one day the St. Louis Blues called our house, reminding us Stephensons to always expect the unexpected.

That was the first of many lessons my dad’s NHL career taught me — lessons that still shape my approach to business and consulting. With the Stanley Cup Final upon us, and businesses of every kind facing complex challenges, I thought I’d share some of those lessons with you.

You must leverage what makes you you

When my dad was minding the net, the Philadelphia Flyers were known for their physicality. Sure, they had plenty of future legends on their squad, but opposing teams didn’t just bemoan Philly’s talent; they bemoaned the bruises.

Granted, your company probably isn’t known for highlight-reel body checks that scare even the most hardened Soviet pros. But I bet you have an edge — something that makes your team or your brand distinctive. My advice is simple: Use it.

All too often, organizations try to mirror the competition and lock themselves in a vicious cycle of “keeping up with the Joneses.” But the Flyers didn’t mimic the Soviets’ style in ’76, and neither did the U.S. Olympic team when they faced off against Russia in the “Miracle on Ice.” They identified their own style and embraced it, and because of that, they won. If you do the same, you’ll win, too. Key lesson from the late veteran goalie and elder Stephenson: Discard any doubt that an event might not occur and plan for it regardless.getty images

I learned the importance of hyper-focus time from my father, who was always passionate about preparation. Even when he was the backup to future Hall of Famer Bernie Parent, my dad still put in the time needed to prep for the opponent whether he was scheduled to start or not. Imagine if he had been bogged down by menial tasks, as employees often are. If that was the case, my dad wouldn’t have been able to step in and shut out the New York Islanders when an unexpected injury sidelined Bernie.

That’s what happens when you give people the space they need to focus and do the work: They perform.

Sometimes second chances happen. Relish them, but don’t expect them.

Long before the game between the Flyers and the Red Army, my dad lost to the Russians as a member of the Canadian Olympic team. Since a pro career seemed out of reach at that point, he thought that was it; he’d never have a chance to prove he could beat the world’s best team. He did, of course, and he always said beating the Soviets was a highlight of his career. But even if he never got another shot to avenge that loss, I know my dad would have been happy.

Before and after his time on the ice, my dad had a successful career in business. That’s just the kind of guy he was: resourceful and agile. Those traits served him well when the NHL came calling. He never expected to be in the net for the Flyers during their playoff run in ’75, but he capitalized on the opportunity presented to him — and that May, he drank from the Stanley Cup.

One of the key ingredients of my father’s success was his ability to discard any doubt that an event might not occur and plan for it regardless. That mindset was how he was fully prepared to compete in two career situations he never imagined being part of in the first place.

You never know if you’ll get more than one chance to land a dream client or make a big splash in a niche industry. But if you do, make sure you’re prepared — and leave nothing on the table.

Always care for the people in the trenches with you

The importance of compassion and empathy can’t be overstated. Even when you’re pressed for time or coping with the red tape and mundane tasks mentioned above, I urge you to channel my dad’s teammates.

My father’s fellow athletes stood up for one another even when they were managing disagreements on and off the ice. The perfect example is Bernie Parent. Bernie and my dad played the same position, but instead of competing with one another, they saw themselves as a two-person team within a larger organization.

When my father passed away in June 2010, Bernie was one of the first to call. Years later, he pulled me aside at an event to share some kind words about my dad. That’s the kind of colleague we need now more than ever — the kind of person who cares deeply for you and the people in your life.

The X’s and O’s matter, but so does passion, hard work and heart. The team that drinks from the Cup this year will have all those in spades — and so will the most successful businesses.

Chris Stephenson is an entrepreneur and consultant with more than 20 years of experience. He is the managing principal of product innovation at Grant Thornton LLP.

Questions about OPED guidelines or letters to the editor? Email editor Jake Kyler at [email protected]