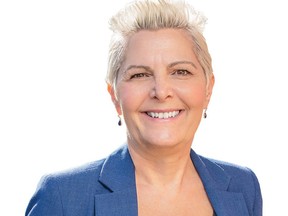 ‘Is indoor skating ice even a necessity anymore? ‘ Bonita Zarrillo tweeted before deleting

An NDP MP’s tweet went viral when she mused about whether we should still have indoor ice rinks, before deleting the tweet on Thursday afternoon.

Bonita Zarrillo, the particular NDP Member of Parliament for Port Moody-Coquitlam, B. C., tweeted Tuesday: “I s indoor skating ice even a necessity anymore? Can every ice sport be done without ice and different equipment? …just pondering the climate impact of human-made indoor snow. ”

The tweet got the ratio treatment, with only a handful of retweets and likes, but hundreds of quote tweets.

Zarrillo followed up with a link to an Inhabitat. com piece about indoor ice rink alternatives.

That piece reads in part: “Ice rinks are an important fixture of winter sports, whether for ice hockey, speed skating, curling, glaciers dancing or figure roller skating. But with growing concerns regarding global warming , water scarcity and our planet’s climate crisis , even the International Olympic Committee (IOC), the International Ice Hockey Federation (IIHF) and the National Hockey League (NHL) have been considering the environmental issues related to co-ordinating ice sports events and ensuring energy consumption and rink-operating costs are feasible. As a result, there is now a movement towards utilizing synthetic ice on ice rinks. ”

Zarrillo later tweeted : “ Not that hockey is the only ice sport yet as an FYI NHL is also contemplating their environmental effect, ” with a link to green initiatives by the NHL.

Eventually, after a lot of replies, many of them questioning the sentiment, Zarrillo removed the initial tweet.

Zarrillo is currently the NDP Critic for Infrastructure and Communities; Disability Inclusion and the Deputy Health Critic and a member of the Standing Committee on Human Resources, Skills and Social Development and the Status of Persons with Disabilities.