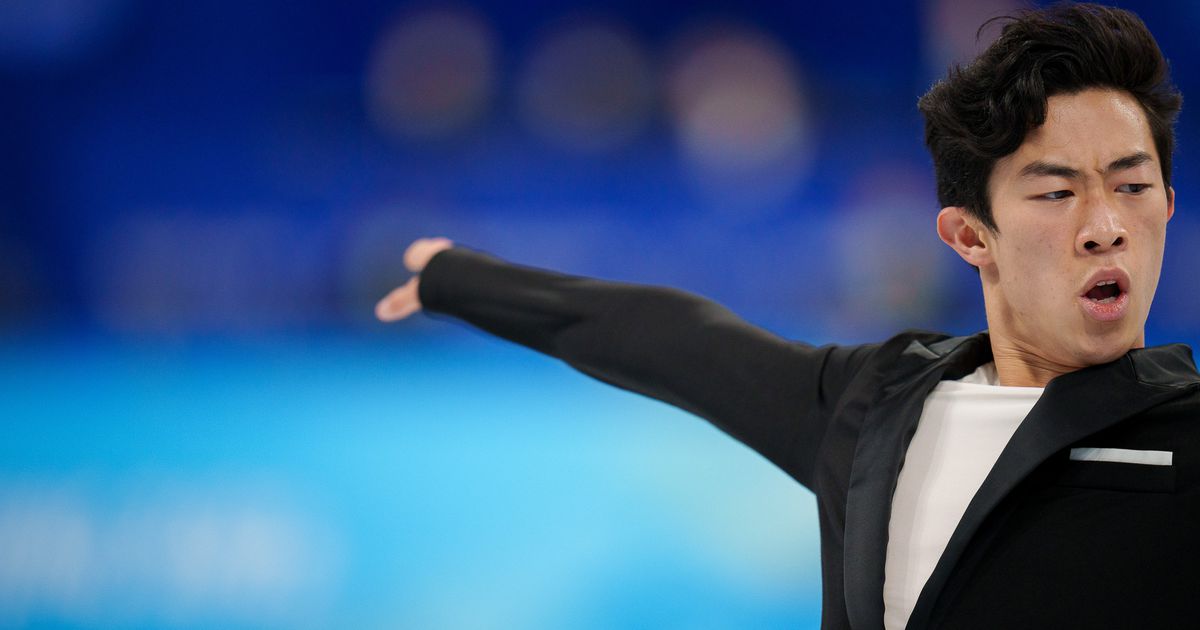 Nathan Chen, the Olympic figure skating champion, doesn’t get back to his hometown of Salt Lake City much. So when he was in the area for Wednesday’s Stars on Ice tour stop, he took on the role of tourist. First stop was Red Iguana for some Mexican food, then a tour of his old neighborhood and a stroll through City Creek Park.

Chen’s sightseeing expedition wrapped up Wednesday morning with a stop at the Utah State Capitol. That’s also where all similarities to a typical day-tripper ended. Because while school children admired the rotunda and tour groups heard the history of Martha Hughes Cannon, Chen stood front and center in the senate chamber listening to a proclamation by Gov. Spencer Cox — read by Utah Sports Commission CEO Jeff Robbins — declaring it Nathan Chen Day.

“It’s a huge honor,” Chen, who moved to California when he was 12 to train in figure skating, said of the accolade. “I’m very excited to be here.”

Senate President Stuart Adams called Chen “fearless” in his introduction. He noted Chen was the first person to perform five quadruple jumps in a single program. Adams also called out his three straight world titles, from 2018-2021, and of course his gold medal in men’s singles at the Beijing Olympics in February.

“He’s a great Utahn who has done so many great things,” Adams said, “not just for the United States, but for the entire world.”

Chen credited the reverberations from the 2002 Olympics, which were held in Utah when he was 3, for providing a tailwind on his path to skating in the Winter Games. As one of 10 members of the athlete advisory committee for the Salt Lake City-Utah Committee for the Games, he said he plans to do what he can to bring the event back to the state.

Utah has been in talks with the International Olympic Committee about hosting either the 2030 or 2034 Winter Games and is considered a favorite alongside Sapporo, Japan, and Vancouver, Canada. Last month, the IOC sent a three-person technical team to tour Utah’s venues and offer feedback. That group also visited Vancouver and was expected to make stops in Sapporo as well as possibly Spain, another Olympic candidate. Organizers believe the IOC will narrow the field later this year but don’t expect a formal announcement until 2023.

“I know firsthand how inspiring the Olympics can be,” Chen said. “Salt Lake is incredibly equipped to be able to handle it, considering that they had one already. And the infrastructures here and all the venues are amazing. So, I think this is a really great opportunity for Utah.

“And I think that definitely so many young athletes will be inspired by having the Olympics here. Some of the young Utahns will either pick up sport for the first time or will continue being inspired by sport and continuing to pursue their dreams. So I think overall, that’ll be just so, so beneficial to the state of Utah.”

Chen finishes up the Stars on Ice tour, which this year features all of the athletes who skated for Team USA in the Beijing Olympics, at the end of May (Chen said his mother, Hetty Wang, upon whom he heaps most of the credit for his success, drove out from California just to attend the Salt Lake City stop). After that, he plans to return to Yale, where he is a junior. The six-time national champion has said he will continue skating but has not decided if he will compete.

“I’m really proud of all the things that I’ve accomplished already,” Chen, 23, said, “and looking forward to seeing, I guess, what’s next.”

One thing he would like to see before he leaves town, however, is people celebrating Nathan Chen Day. The best way to do that?