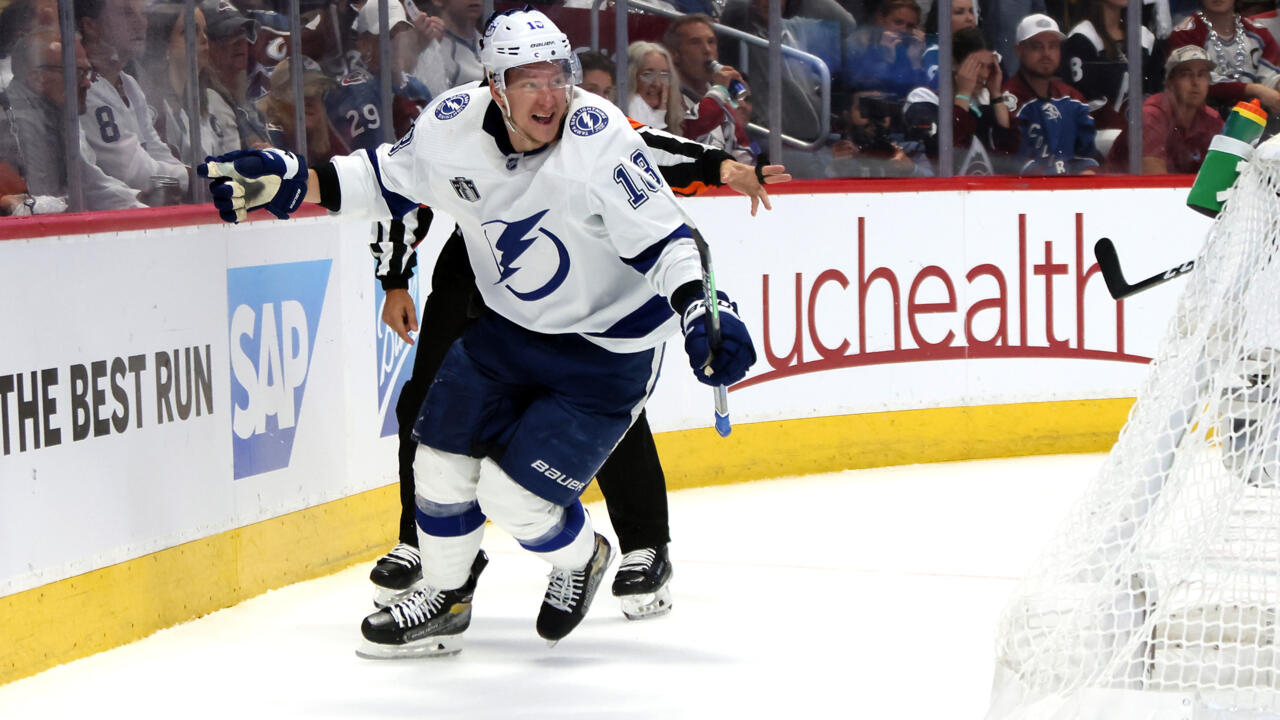 Czech star Palat swept in another crucial playoff goal with just over six minutes remaining to clinch a victory that keeps the best-of-seven series alive.

Colorado could have wrapped up the title in front of their own fans at Denver’s Ball Arena on Friday after a victory in Florida on Wednesday gave them a 3-1 series lead.

But now Tampa Bay have a chance to force a game seven when the series swings back to their home venue for game six on Sunday.

“I thought we played a good game, a great road game — staying on top of it. We just found a way to win,” Palat said afterwards.

Palat’s winner was the latest in a series of clutch goals he has delivered for the Bolts.

The 31-year-old also came up with a last-gasp winner during a series victory over the New York Rangers in the Eastern Conference finals.

“It was a great play, lucky it went in,” Palat said of his decisive effort on Friday.

“Right now we feel pretty good. We’re excited to be able to go back before our fans. It’s going to be a great game.”

Tampa Bay took the lead in a hard-fought first period, with Jan Rutta’s shot from the right circle somehow sneaking past Avs goaltender Darcy Kuemper to make it 1-0.

It was a rare goal from Rutta, who has scored just 12 times in 238 regular season games and had only scored two postseason goals before Friday.

Colorado got back on level terms early in the second period though, when Valeri Nichuskin was on hand to sweep home a rebound after Bolts goalie Andrei Vasilevskiy failed to hold on to the puck after saving a Cale Makar shot.

But Tampa Bay responded superbly to punish Colorado after the Avs were reduced to just three men on the ice following back-to-back penalties.

Tampa Bay moved the puck patiently to work an opening, and it fell to Nikita Kucherov to lash home a one-timer past Kuemper for a 2-1 lead.

Colorado looked increasingly frustrated by Tampa Bay’s relentless physicality, but early in the third period they finally broke through the resilient Bolts defence.

Once again, though, Tampa Bay conjured a goal to regain the initiative, with Ondrej Palat latching on to a feed from Victor Hedman and smashing home the puck to leave Denver’s home crowd in stunned silence.