Penguins Brass at Steelers Practice: Who Are They Scouting? – Sports Illustrated 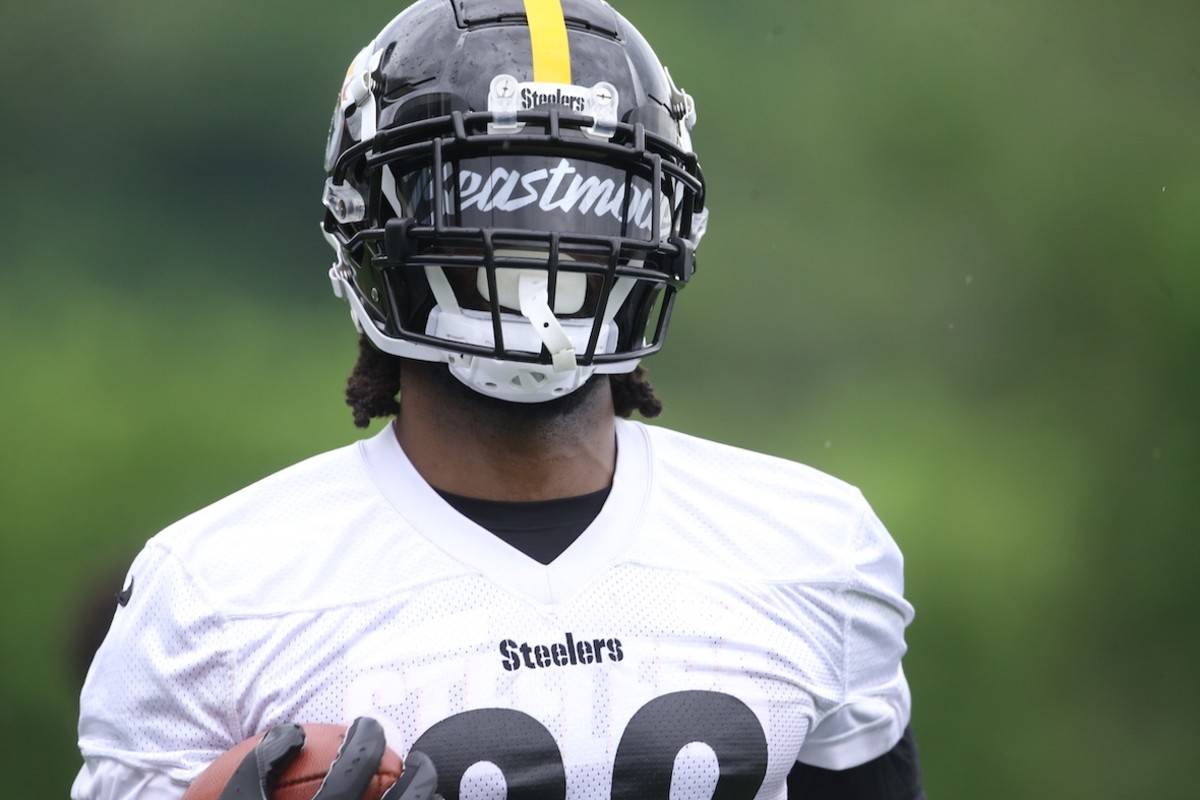 For teams around the NHL, the period between being eliminated from the playoffs and the Stanley Cup being awarded is usually pretty dull and slow.

Not much news breaks and free agent signings are few and far between for any team in particular.

For the Pittsburgh Penguins, maybe their next free agent singing comes from the gridiron.

As NFL OTA’s near their completion, Penguins general manager Ron Hextall and president of hockey operations Brian Burke were seen at the Pittsburgh Steelers facility.

Surely, the Penguins front office presence at a Steelers practice is nothing more than some networking between Pittsburgh sports teams, but it does open a fun conversation.

What Steelers players could the Penguins use on their roster?

Let’s start off with the low-hanging fruit and say Chase Claypool, solely because he was born in Canada.

The Steelers wide out is a native of Abbotsford, Canada and just this past season was in attendance for a Vancouver Canucks game.

Claypool can be considered a certified “hockey guy” as he chugged a beer when the arena welcomed him on the jumbotron and had a fun chirp for the Calgary Flames.

Ironically, the Canucks put up a touchdown in the game Claypool attended, winning 7-1 over the rival Flames.

As the Penguins age, they continue to lose in important situations because of a loss of speed.

Scooping one of the fastest players on the Steelers roster could help the Penguins regain multiple steps they’ve been losing.

Najee Harris would not only become on of the fastest Penguins, but he would also be the youngest on the full-time roster.

The 2022-23 season should feature a new level of youth in the Penguins lineup and Harris would be a perfect fit.

Harris has worked during his offseason to gain muscle mass and throughout OTA’s, looks primed to break through far more tackles.

Now weighing in at 244 pounds, Harris would bring speed and a level of physicality that the Penguins have been missing.

Speaking of physicality, Cam Heyward would be an absolute mad man to play against on the ice, a pure checking defender who could protect the future stars of the organization.

Heyward has been with the Steelers organization for 11 seasons, and when you spend that kind of time in one city, you get to know the other sports pretty well.

When the Penguins were purchased by Fenway Sports Group (a Boston based company), Heyward said in an interview that he was surprised by the deal.

He noted that the two cities don’t have the biggest rivalry, but there is some bad blood between the Steelers and New England Patriots.

Heyward would bring the toughness that fans have been looking for; in 2021 he combined for 89 tackles which would set him tied for 10th on the team in hits.

The fans want to see a bigger, stronger team on the ice, why not a veteran big man in Heyward?

Heywards already knows what it’s like to hold the Stanley Cup, maybe he’ll try and win one.

All natives of the state of Wisconsin, all three Watt brothers have grown up around and have skills in the sport of hockey.

T.J. and Derek are the two brothers that currently play for the Steelers and could both find spots on a Penguins roster.

Coming off of a season where he took home the Defensive Player of the Year, T.J. could line up to win the Norris Trophy as the NHL’s top defenseman.

Standing at 6-foot-4, T.J. can shut down any opposing offenses as a hard-hitting shut down defenseman who can also bring a howitzer of a snapshot.

Shea Weber comes to mind as a comparable; a large frame with a howitzer of a slap shot.

Derek on the other hand has grinding forward written all over him.

The Penguins have needed a strong, true net-front presence since the departure of Patric Hornqvist, and Derek is the perfect option.

Derek isn’t a scoring threat, but can be a pest in a depth role by utilizing his larger frame.

Brothers sharing teams have become some of the best stories in the NHL’s history; From the Sedin twins in Vancouver, the Niedermayer brothers winning the Cup with the Anaheim Ducks, and the Gretzky brothers combining for 2,861 career points (Wayne 2,857, Brent 4).

The Watt brothers could add their names to that list with the Penguins.

The City of Pittsburgh is nothing if not dedicated to their home grown players.

Big discussions are being had about what the future holds for Evgeni Malkin and Kris Letang staying with Sidney Crosby to finish their careers in Pittsburgh.

Why not add another Pittsburgh sports legend to the lineup, who may be looking for a new career path?

Ben Roethlisberger announced his retirement after 18 years with the Steelers and is soon to be getting a bust in the Pro Football Hall of Fame.

Like Heyward, when you’re around a city for so long, you get accustomed to the other local sports teams, and there is already good chemistry between the Penguins veterans and the future Hall of Fame quarterback.

Shortly after the announcement of Roethlisberger’s retirement, the Penguins honored him with a ceremony and a practice with the team.

That practice generated an on-ice chemistry, maybe there is more to blossom.

Obviously none of the Steelers will be crossing sporting line to join the Penguins, but it’s always fun to play the “what if?’ game.