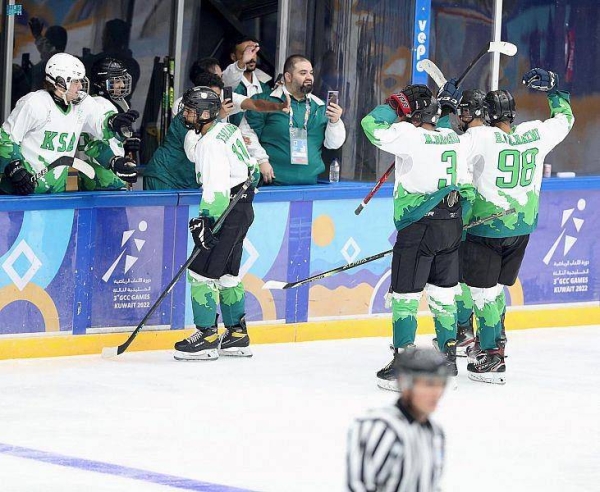 In the electronic competitions, the Saudi team concluded its participation in the in the LEAGUE of LEGENDS tournament by grabbing the gold. The team comprised Nawaf Al-Khuwaiter, Ajwad Wazzan, Maan Arshad, Abdulaziz Al-Mubarak, Nawaf Al-Salem and Mishaal Al-Barrak.

In the table singles competition, Abdulaziz Bushlibi won the silver after losing to Kuwait’s Ibrahim Al-Hassan 4-1, and his teammate Ali Al-Khadrawi won the bronze by defeating Khaled Al-Sharif 4-0.

The Saudi ice hockey team won the silver after beating Kuwait 7-5 in a meeting that brought them together at the Kuwait Winter Games Club.

In handball, the Saudi team tied with Kuwait in its second match in the games with a score of 26-26, while the Saudi women’s padel team lost 3-0 to Bahrain while their male counterparts lost to Qatar with a similar score.

The GCC Games will continue in Kuwait until the end of May. — SPA