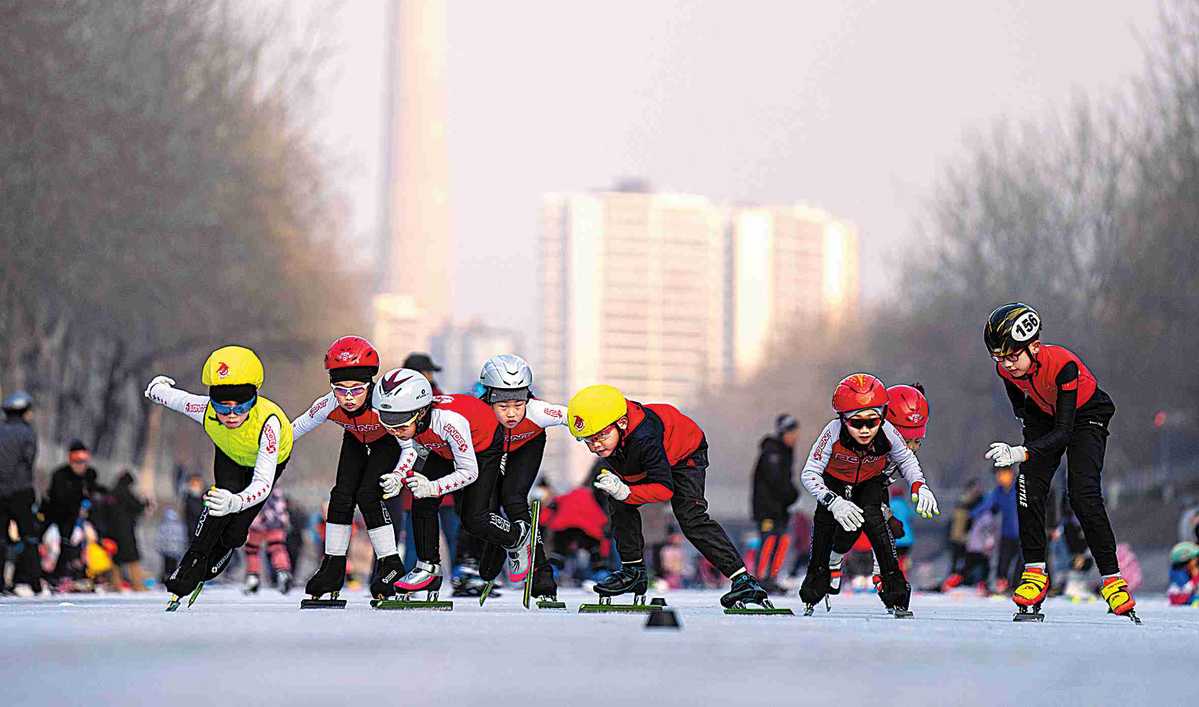 Both skiers and the snow and ice sports industry in China are coasting on the interest generated by the 2022 Olympic and Paralympic Winter Games in Beijing, with sales of related products and services set to reach significant proportions this year.

For instance, sales of skiing and ice skating equipment on JD, an online marketplace, have grown during the Spring Festival holiday, which coincided with the Winter Olympics.

Zhang Qing, founder of Key-Solution Sports Consulting, a marketing company based in Beijing, said the Winter Olympics in Beijing has ignited passion for snow and ice sports among the public, attracted media attention and stimulated fresh investments by companies involved in snow and ice sports-related products.

“The Games have created a major impact on society, encouraging people, particularly the younger generation, to take part in cold weather activities, giving a potentially long-term boost to the winter sports market,” said Zhang. “The heat of winter sports will stay long after the Games have ended.”

He said the winter sports market in China is still nascent, but rising incomes and associated consumption upgrade will likely boost the confidence of manufacturers of winter sports products, against a background of growing awareness about the health benefits of sports.

The skiing economy, which had a limited number of participants in the past, has been booming in recent years. According to the 2020 China Ski Industry White Paper, some 715 ski resorts were in operation in 2020 in China. In terms of sheer number of domestic ski resorts, China now ranks No 1 in the world.

Ye Kai, founder of Snow51, a chain of indoor skiing experience centers, said the company opened 25 outlets at shopping malls in Shanghai, Beijing and Shenzhen, Guangdong province, and is expanding to other cities in China, such as Ningbo and Hangzhou in Zhejiang province and Chengdu in Sichuan province.

“Alpine skiing is becoming a popular sport among urban dwellers－and our facilities have turned these seasonal sports into year-round activities to engage more people,” said Ye.

“With the ongoing Beijing Winter Olympics, the whole society will deepen its interest in winter sports,” he said. “We expect to see even bigger growth of the industry after the Winter Olympics end.

“Our outlets in Shanghai have been adding nearly 1,000 new members per month recently, and each member spends an average 15 to 20 hours at the center per month. This frequency is considered very high and we are expecting more members, so we will double the number of our outlets by the end of this year.”

Unsurprisingly, international ski brands have sought to grab the new opportunities arising in China’s winter sports market with both hands. Their preparations started well ahead of Beijing 2022, and appear to have paid off rich dividends already, market insiders said.

For instance, Descente, the high-end ski apparel brand based in Japan, has a presence in China through a unit that is part of Anta Sports, a domestic sportswear firm. Descente has expanded to nearly 200 stores in first and second-tier cities in China. It opened its global experience center in Beijing in November.

He Wei contributed to this story.