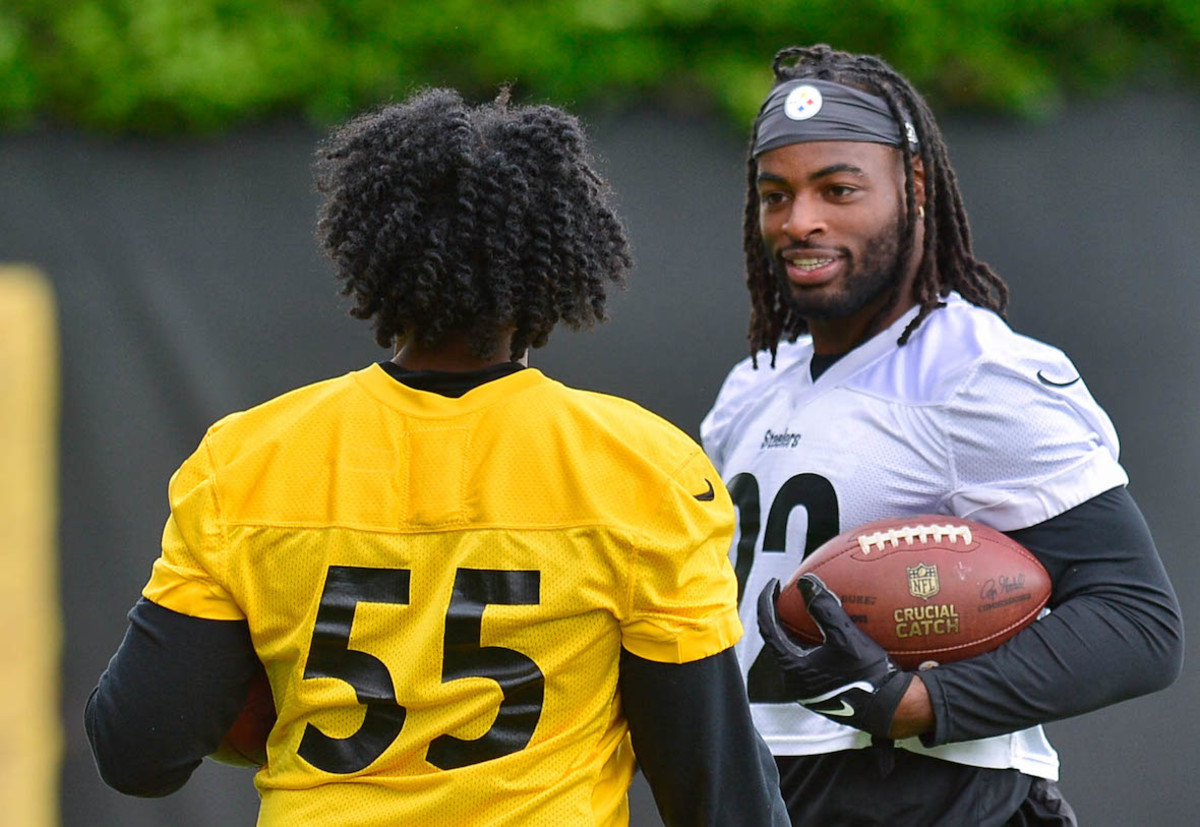 PITTSBURGH — The Pittsburgh Steelers finished off three weeks of work at UPMC Rooney Sports Complex and head into the final gap before training camp and preparation for the 2022 season.

Mini camp was ramped up compared to OTAs, and the energy was certainly higher. Despite missing a few key pieces, the Steelers appeared to be locked into their workload and ready to grow as much as possible before heading into the summer.

The final day of camp usually tampers off and guys are more excited to get home to their families than spend a final day in the sun. For the Steelers, though, they had just as much – if not more – energy on Day 3.

With everyone jumping around during big plays and yelling about which school is best (we’ll get to that), a few last day takeaways were found. Check them out.

The Steelers were without Minkah Fitzpatrick and Cam Heyward throughout most of mini camp, which left two gapping holes to fill on defense. Without any pressure from the season, this was the perfect opportunity for new and young guys to step up.

Isaiahh Loudermilk and DeMarvin Leal worked along the defensive line throughout the week, replacing Heyward and Chris Wormley. While there’s not a ton lineman can do physically during mini camp, it was good work to adjust to the group and connect with other guys in the starting lineup.

At safety, Terrell Edmunds named Damontae Kazee as the beneficiary of Fitzpatrick’s absence.

Fitzpatrick remains on the sideline during team drills while he and the team workout a new contract. The players aren’t worried about it, though.

Obviously, Bush knows every drill in the book, and has pretty good footwork for an inside linebacker. Learning from the team’s top running back doesn’t hurt, though.

Who knows what was said, but the two were all smiles while talking by the running back equipment. This is two days in a row they’ve worked on some stuff together.

Which Conference is Better?

Wow, did I miss the locker room. You don’t get to see how guys interact when you talk in a Zoom call. Now that we’re back, you feel as if you can actually bring the atmosphere of this team to those outside of it.

The main point of conversation today was which NCAA conference was the best, Big Ten or SEC? DeMarvin Leal tried very hard to convince everyone Texas A&M helped the SEC’s cause, but Marcus Allen and Devin Bush quickly shut that down.

Luckily, Najee Harris was outside or else the Alabama argument might have put the whole thing to rest. But it got loud, it got heated (in a joking way) and everyone on the left side of the locker room was involved. Except Alex Highsmith, who didn’t have much of an argument for Conference USA.

No idea who won, but it was a blast.

Staying Connected During the Break

The gap between mini camp and training camp is by far the most boring six weeks of the NFL calendar. Unless there’s a contract signed, chances are we’re all going to sit around for the next month counting down the days until players head to Latrobe.

The Steelers will stay connected, though. Kenny Pickett and Mitch Trubisky already have plans to meet up in Florida and workout together, and the defensive backs are making sure they’re in touch through their group chat.

“The group chat is exactly how you see us in here, joking around all the time, having a good time,” Terrell Edmunds said.

For Edmunds, he’s heading back home to train with his brothers. The Watt usually do the same.

Weird subtitle, right? I couldn’t think of anything better. But shout out to T.J. Watt for supplying the entire Steelers facility with local ice cream. It’s no secret the All-Pro linebacker does his part in giving back to the people around him, but this one hit right in the sweat spot.

I’m not positive he knows this, but my weak spot is ice cream. I recently moved down the street from a Milkshake Factory and my fiance had to limit me to one shake a week because it was getting dangerous for my health and our wedding fund.

Make sure you bookmark All Steelers for the latest news, exclusive interviews, film breakdowns and so much more!

Kenny Pickett Says Being Mentored Is His Job, Not Mitch Trubisky’s