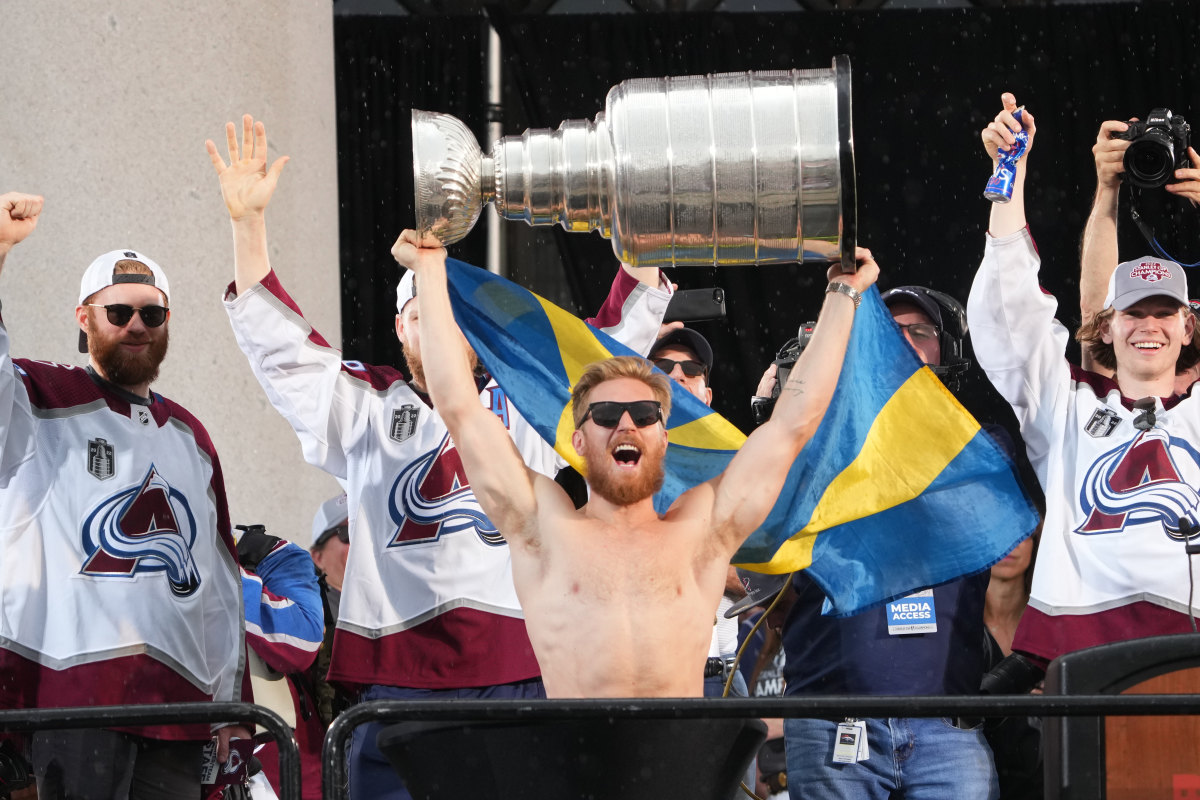 On Thursday, hundreds of thousands of people gathered in downtown Denver to celebrate the Colorado Avalanche’s first Stanley Cup win since 2001.

Like all major sports parades, there was no shortage of memorable moments:

To The Denver Police Department, Bowen Byram Was Briefly, Just Another Fan

Defenseman Bowen Byram was soaking in every minute of the parade, drinking beers and running up and down the parade route to greet the fans.

The situation, though, took quite the turn as a member of the Denver Police department assumed he was just a fan and tried to get him off the route. After all, there was no shortage of fans wearing a jersey, shorts and sunglasses on the parade, and the police had to keep a keen eye on anyone potentially trying to get too close to the action.

It’s pretty funny to watch every fan in unison begin yelling at the officer, “He’s a player,” and not just a random fan who decided to break past the barricades.

Gabriel Landeskog Goes Shirtless In The Rain To Give A Speech

A little rain? That wasn’t going to get in the way of the Avalanche captain having a good time. When the rain started to come down, off came the jersey and the flying F-bombs, something that has become quite the tradition at events like this.

Swearing or not, it was still an epic speech as Landeskog, and he even found time to get a dig at Mr. Old Man Erik Johnson.

Nazem Kadri Got The Last Laugh In More Ways Than One

Trolling can be amazing when done right, and Nazem Kadri and Avalanche fans did it to perfection at the parade. Kadri was spotted wearing a “Too Many Men” shirt, in reference to his Game 4 Stanley Cup-winning goal that appeared to have too many players on the ice.

Where did the shirt come from? They were made by Twitter user @guffychan, and a few people had them on in attendance. Even better, it was announced that 50% of the proceeds of all shirt sales found on everythinghockey.com would go towards the Nazem Kadri Foundation.

As funny as the shirts are, and as cool as it was to see Kadri wear one himself, it’s even better to see that sales proceeds are going to a fantastic foundation.