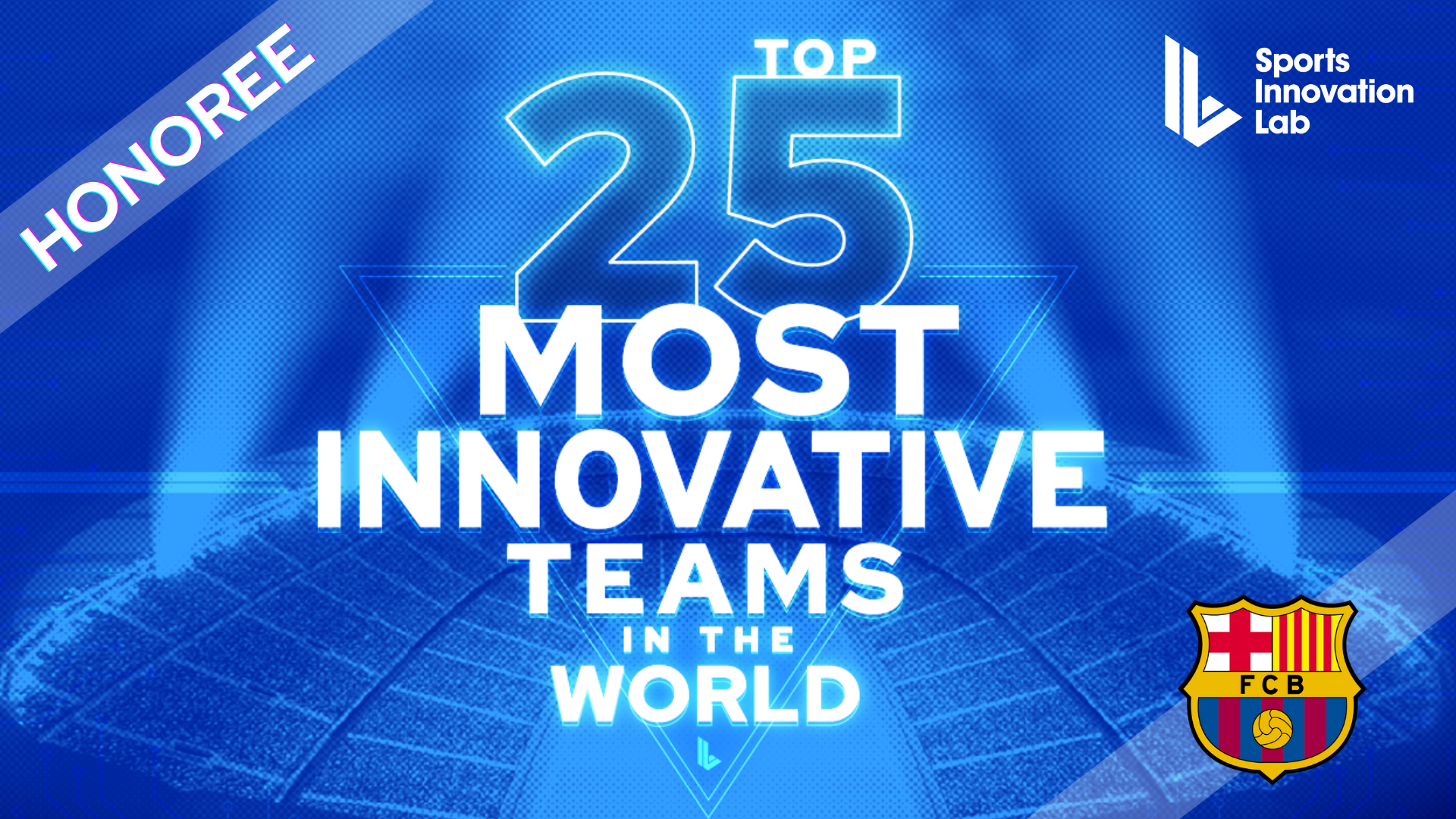 The ‘Top 25 Most Innovative Teams in the World’ report analyses the clubs from the 10 most valuable sports leagues worldwide and determines their degree of innovation by their ability to connect and interact with fans. Based on this criterion, FC Barcelona figure first in the 2022 edition thanks to their ongoing efforts to improve the fan experience, according to the report prepared by Sports Innovation Lab. Specialising in analysing how sports organisations interact with fans, the consulting firm’s CEO and co-founder is Angela Ruggiero, former ice hockey player and Olympic gold medal winner with the U.S.A.

The ranking was established by clubs being scored using an algorithm that quantifies what it means to be innovative across three categories. One is revenue diversification, which tracks how teams are broadening fan scope and driving revenue through alternative channels. FC Barcelona and Real Madrid share top spot in this category.

Then there is technology enablement, which tracks the strength of association between teams and technologies associated with fan behaviours across the most meaningful and important public data sources. The NBA’s Golden State Warriors lead this category. Lastly, there is organisational agility, which tracks how team front offices are organised and staffed, and how they incorporate data and business intelligence into the operations. The NBA’s Philadelphia 76ers are prominent in this category.

As such when it comes to FC Barcelona, as well as the strategy to improve the fan experience, the report highlights the role of the Barça Innovation Hub within the Club as a centre for innovation and knowledge, as well as its educational offer for different areas within the sports industry.