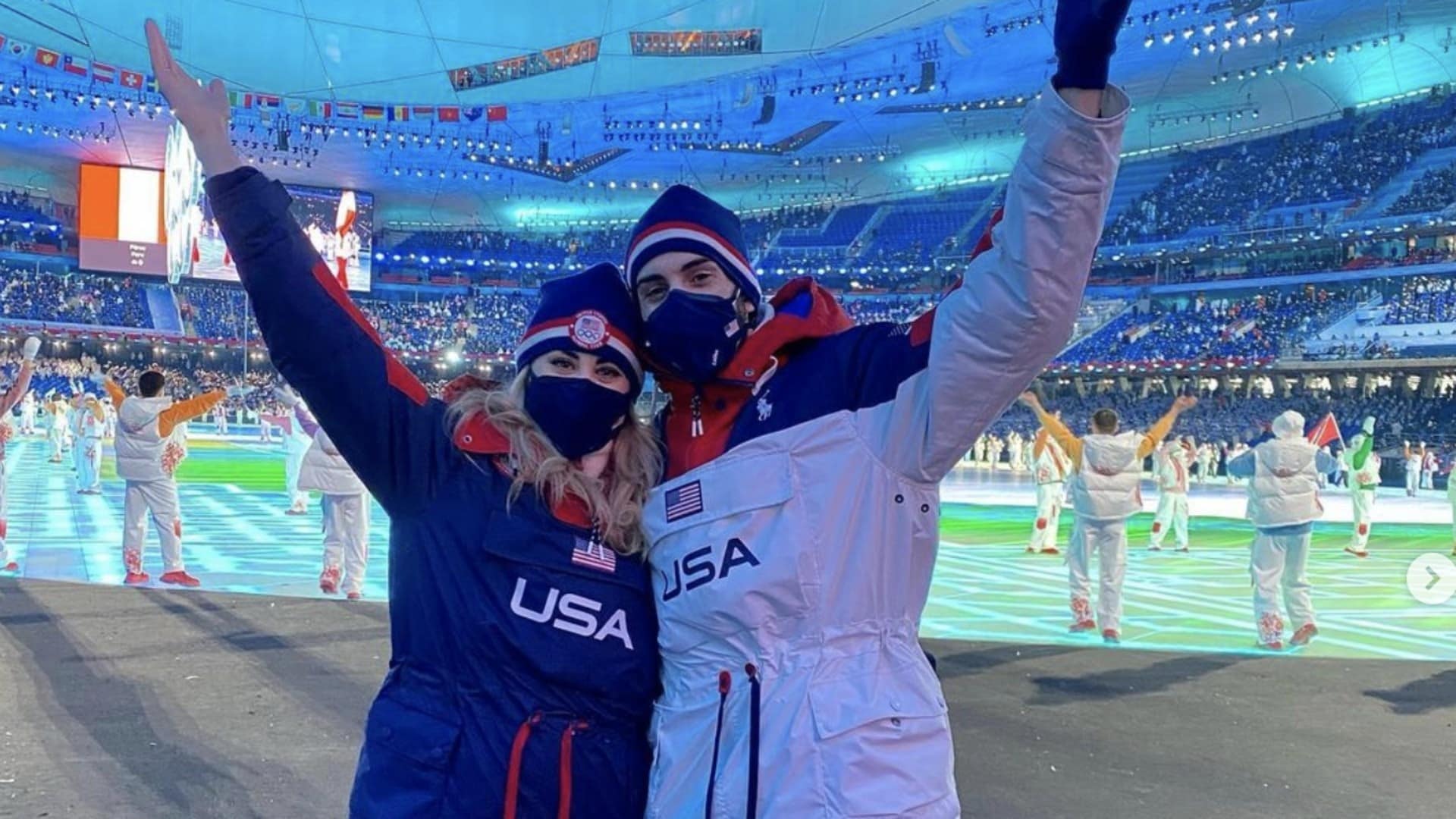 The U.S. figure skating team kicked off its 2022 Winter Olympics experience with a banner Friday morning in the team event, leading ROC and China through three of the competition’s eight segments.

Every American who competed set an international personal best score, with Nathan Chen first in the men’s short program (111.71), Madison Hubbell and Zachary Donohue winning the rhythm dance (86.56), and Alexa Knierim and Brandon Frazier third in the pairs short program (75.00).

What better way to celebrate – and top that – than by attending the Opening Ceremony.

Ten of the 16 U.S. Olympic figure skaters marched into the National Stadium, also known as the “Bird’s Nest.”

It all started with a check-in at the athletes’ village from Mariah Bell, Ashley Cain-Gribble and Kaitlin Hawayek:

While the Opening Ceremony was a first for the trio, Jason Brown returned to the Olympic stage for the first time in eight years…