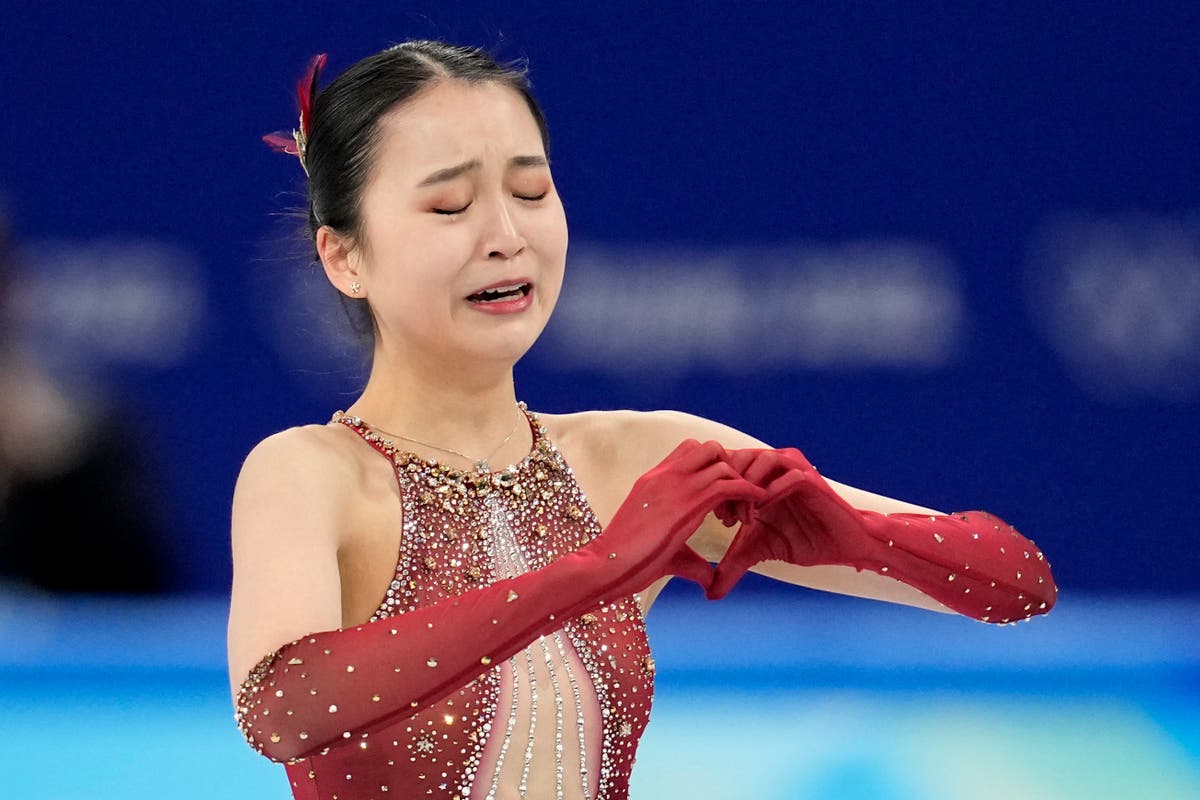 A US-born Chinese skater has been viciously trolled on the country’s social media platforms for a lacklustre performance at the Beijing Winter Olympics despite making efforts to give up her US citizenship and compete for her native country.

Nineteen-year-old Beverly Zu, born to Chinese parents in Los Angeles, had decided to give up her American citizenship in 2018 to mark her Olympics debut for Team China. She also changed her name to Zhu Yi.

The figure skater was trolled on Chinese social media for falling during the women’s short programme team event at the Games and for not being fluent in Chinese. During the final event of the free skate on Monday, she fell again, after failing to land her first combination triple flip-triple toe-loop jump on Sunday.

Ms Zhu finished with a score of 47.03, the lowest at the skating event, after she failed to land the jump and fell on the opening combination at the Beijing Capital Indoor Stadium. She failed to perform another jump as well.

Team China fell to fifth place from third after her performance in the team event.

Users also launched a severe attack on the athlete by questioning why she was picked for the event instead of someone born in China.

Ms Zhu had skated to “Paint it Black” by the Rolling Stones.

“I’m upset and a little embarrassed,” Ms Zhu told the media. “I counted over and over again last night to see how many points I need to collect today to help my team advance.

“I guess I felt a lot of pressure because I know everybody in China was pretty surprised with the selection for ladies’ singles and I just really wanted to show them what I was able to do but unfortunately I didn’t,” she added.

“Zhu Yi has fallen” started trending on Weibo, where Ms Zhu was trolled by users who questioned her patriotism and love for China.

“Please let her learn Chinese first, before she talks about patriotism,” one Weibo user wrote.

“This is such a disgrace,” another commented.

“Anyone would question how she was chosen to the team. Is it because she has a scientist father?” asked another user.

Ms Zhu is the daughter of award-winning scientist Zhu Songchun, who joined the staff at Beijing’s Peking University in 2020. He had previously worked at the University of California, Los Angeles.

“Waiting for a storm that belongs to Zhu Yi, but really. What is this slipping?” said another comment on the platform.

Ms Zhu, however, did receive some kind words.

“I hope people don’t say this (insults) to Zhu,” said one user.

“The level of our team is still far behind Russia and the US. It already showed courage by coming to the stage. No one who competes for the first time can perform perfectly. It’s okay if she can adjust her condition in the next competition,” said another.

The trolling faced by the athlete brings renewed focus on the immense pressure faced by several performers during global events such as the Olympics.