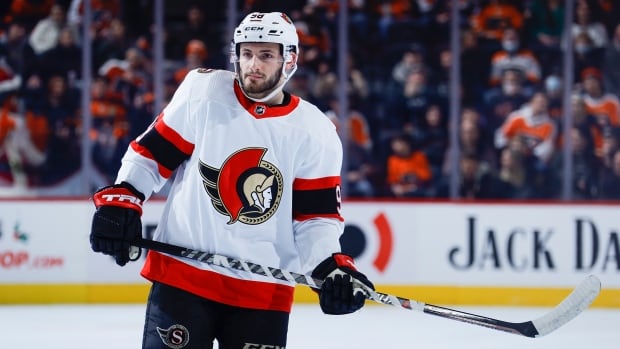 Mete was a member of Canada’s team that won gold at the men’s world junior hockey championship in January 2018 in Buffalo, N.Y. He had been loaned by the Montreal Canadiens to the national team for the tournament in December 2017.

Hockey Canada quietly settled a lawsuit last month after a woman, now 24, claimed she was assaulted by eight hockey players, including members of the national junior team, at a gala and golf function in London, Ont., in June 2018.

“I believe it is important for me to state that I was not present at the gala event celebration when this appalling event occurred,” said Mete in a statement posted to Twitter on Thursday. “At the time, I was away on vacation with family and friends in Jamaica and only learned of the situation recently through media reports.

“I am deeply troubled by reports of this incident and should my help be requested by those investigating this matter, I will fully co-operate in any way I can.”

Here is my statement regarding the ongoing Hockey Canada investigation: <a href=”https://t.co/bE3WnuxyLU”>pic.twitter.com/bE3WnuxyLU</a>

None of the allegations have been proven in court.

In a statement issued on May 26, Hockey Canada said that as soon as it became aware of the accusations in 2018 it contacted local police authorities to inform them. London Police Service spokeswoman Cst. Kyrsten Howell-Harries said on Thursday that the force is unable to comment on any “alleged criminal investigation.”

Mete played the last two seasons with the Ottawa Senators, who claimed him off waivers from the Canadiens during the 2020-21 campaign.

Hockey Canada executives were grilled by legislators on Parliament Hill last week during a Standing Committee on Canadian Heritage meeting looking into the matter.

More sponsors back out

The national sports organization has lost its government funding and several major sponsors due to its handling of the case.

Recipe Unlimited, the parent company of Swiss Chalet and The Keg, announced on Thursday that it had suspended its partnership with Hockey Canada.

“Our company focuses on creating inclusive and safe spaces for our teammates and guests, and we expect the same from our partners,” read its statement. “We will continue to be in contact with Hockey Canada to outline our expectations for change and to ensure the right steps are being taken to pave a safer and more inclusive future for hockey in Canada.”

Tim Hortons said it is “suspending support” on Wednesday for the upcoming world junior hockey championship this summer as the restaurant chain awaits details on how Hockey Canada intends to take “strong and definitive action” following the “deeply concerning allegations.”

Imperial Oil, which is the head sponsor of the Canadian national women’s under-18 hockey club championship under its Esso brand, also said Wednesday that it is withdrawing support its from the world junior championship while continuing to sponsor youth and women’s programs.

Scotiabank, Canadian Tire and Telus all paused Hockey Canada sponsorships Tuesday until the companies are confident the right steps are being taken to improve the sport’s culture.

Bauer, a hockey equipment manufacturer that is one of Hockey Canada’s main partners, issued a statement on Thursday saying that the allegations are “extremely disturbing” and that the company is closely following the facts of the situation to determine the next steps for its partnership with the national sport organization.