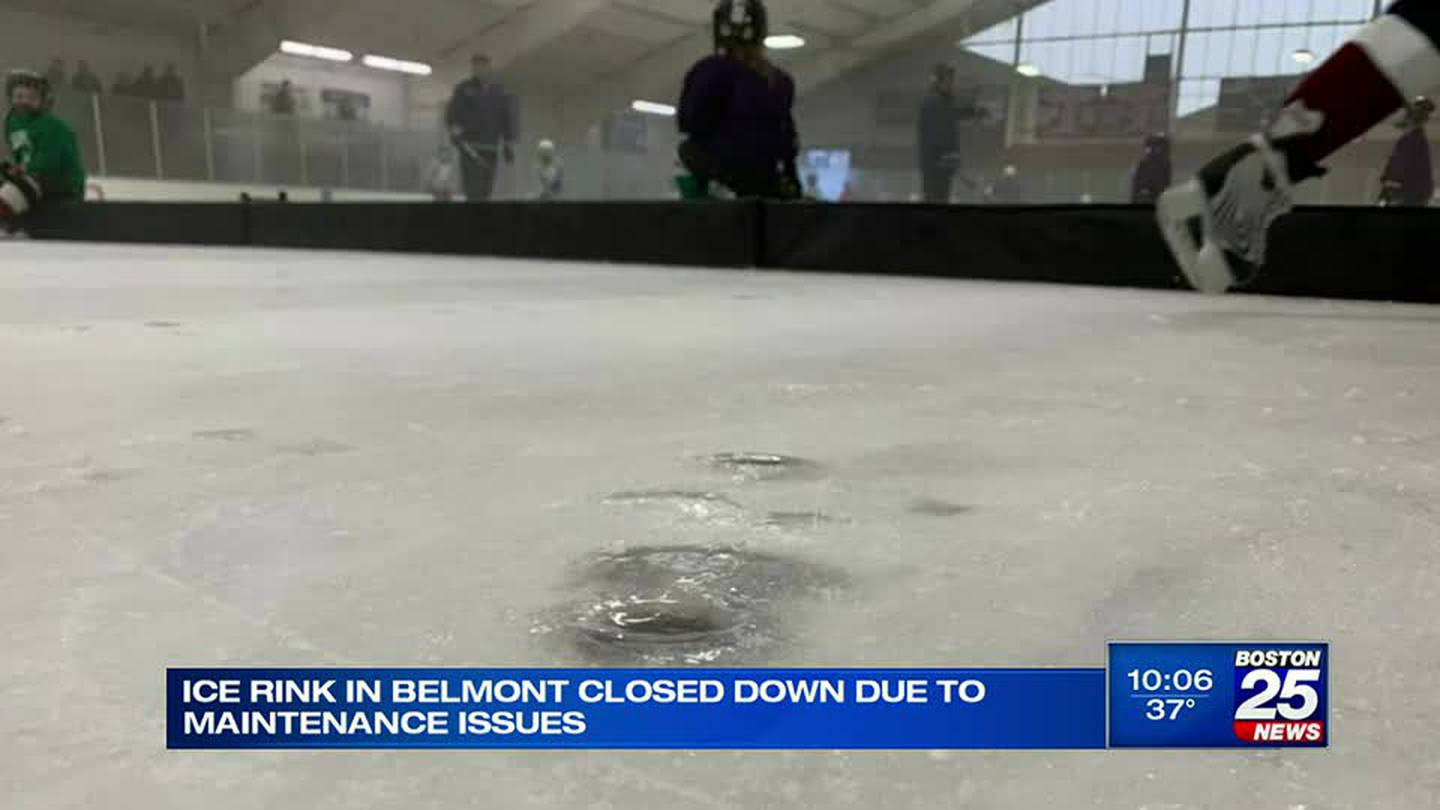 The ice rink in Belmont suddenly closed down this weekend for maintenance issues, and many worry it may not reopen long term.

Voters had the chance to approve funding to rebuild the rink on November’s ballot, but that proposal failed.

“Today it’s just dark and it’s sad to see the lights off and a padlock up,” said Ed Berberian, who’s on the Belmont Youth Hockey Board.

Although the sign on the door says the rink will reopen Monday, many fear it’ll soon close down for good.

“We have animals living inside the rink, like every game we see birds flying around the roof,” said James Lemieux, who plays on the Belmont High hockey team.

“My daughter had two home games this weekend that were canceled, my son had a home game last weekend that was canceled and those won’t be rescheduled,” said Sarah Griffith Lemieux.

She says the whole facility needs to be rebuilt with failing compressors and ice that melts when it’s too warm outside.

So now these hockey programs are scrambling to find other rinks to rent for practices.

“But we’re practicing you know 5:30 in the morning, 9:30 at night and for some of the kids that’s just an impossible thing to do,” said Berberian.

It hosts 16 programs, including one where Sara Cook’s 11-year-old son, who has down syndrome, thrives on the ice.

“It’s hard to find opportunities for kids you know with special needs, different abilities and Belmont Youth Hockey Program has been such an inclusive opportunity for us,” said Cook.

There’s a proposal to rebuild the rink to include locker rooms for other high school sports as well.

“Right now field hockey, soccer, lacrosse, football will not have locker rooms for their field sports, the soccer team gets dressed under the bleachers when it’s raining out,” said Griffith Lemieux.

But voters didn’t approve the multi-million-dollar project when it was on the November ballot, which would raise taxes.

Now many parents worry about the loss to the community and the high school if they must pay to rent ice for their hockey programs elsewhere.

“That is money that Belmont does not have in its budget, so my fear is residents are going to need to come up with the funds in one way or another,” said Griffith Lemieux. “I hope that they would agree to do it in the form of a debt exclusion in an April ballot, if we’re so lucky to get it on the ballot.”

The Belmont Select Board will be discussing the ice rink operations at its meeting Monday night, and the big question will be whether they’ll add this proposal to rebuild it to another ballot next spring.