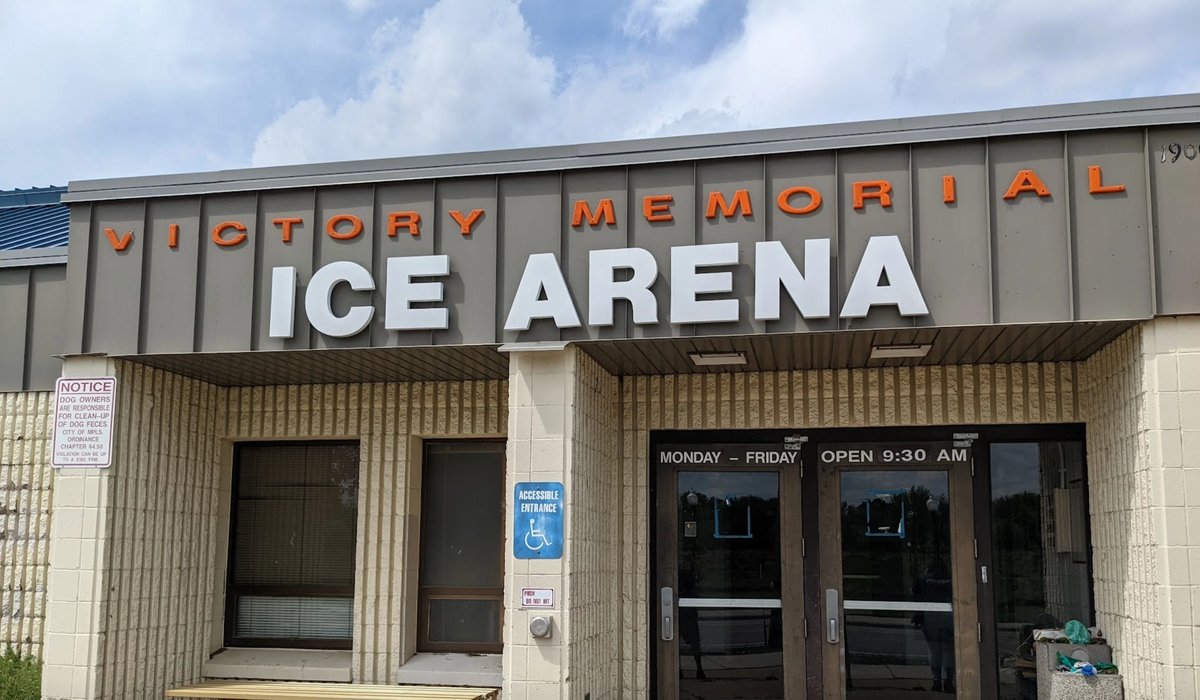 When Eric Moran ran to represent North Minneapolis on the Minneapolis Parks and Recreation board last year, they began looking at vacant and unused spaces to see if the Parks board could turn the buildings into something new for their community.

“There really aren’t any spaces within North that provide things to do on a Friday or Saturday night,” said Moran, who is a longtime resident of North Minneapolis.

That’s when Moran learned about the Victory Memorial Ice Area, which has been used by the Minneapolis Public School District, who owns the building, for equipment storage since the original ice cooling unit broke over a decade ago and was deemed too expensive to fix.

Through their search, Moran found plans to turn that ice arena into a roller rink, although the plans, drawn up by individuals a few years ago, did not advance past the idea phase.

“I thought that would have been a fantastic idea,” said Moran.

Despite losing the election, Moran and their business partner, Omar Gomez, have spent the last few months breathing life into this project, gathering support from the community, speaking with elected officials and community leaders, and acquiring funding.

The plan is for Roll North MN to open its doors to the public by 2024, and employ between 50-100 people from the North community.

“There isn’t a large facility or anything like this that provides more than like a dozen jobs in the area,” said Moran, who plans for Roll North to become a source of jobs and careers in North Minneapolis.

Upon completion of the project, Roll North will be the only roller rink in the Twin Cities metro, since the beloved Roller Garden in St. Louis Park closed its doors last May after 52 years. The closest roller skating venues are Skatesville in Burnsville and Cheapskate in Coon Rapids.

“I go past the parks and I see so many people using tennis courts and parking lots as a space to go roller skating because that space doesn’t exist anywhere else,” said Moran. “It’s showing me how much of a demand that there really is.”

Moran sees Roll North as a larger extension of the redevelopment around North Minneapolis, and hopes that Roll North can help make their neighborhood a destination for the Twin Cities.

Creating a space that is an integral part of the North Minneapolis community is the most important aspect of the project for Moran.

“How do we lower crime and how do we lift up a community? It’s by providing spaces like this,” said Moran.

Moran has also been working with the North Star Roller Derby, a member-run, nonprofit roller derby league based in Minneapolis. When completed, Roll North will be a permanent space for North Star to hold their practices and have their bouts.

Both North Star Roller Derby and Moran are excited to work with Patrick Henry High School, located behind the vacant ice arena, in efforts to get kids into skating and derby.

Kimberly Caprini, a member of the Board of Education for Minneapolis Public Schools, said that having a facility like Roll North so close to Patrick Henry High School would greatly benefit MPS students.

“Henry students could have gym classes there, they could work there during the summer,” said Caprini. “There are activities that could be generated through field trips throughout Minneapolis public schools.”

From neighbors to students to community leaders, Moran said that the amount of support they have received from the North community is far more than anything they could have imagined.

“The number of North Minneapolis residents that I’m hearing from that have been wanting a space like this in their area is… I couldn’t have imagined how many messages I’ve received in the last week,” said Moran.