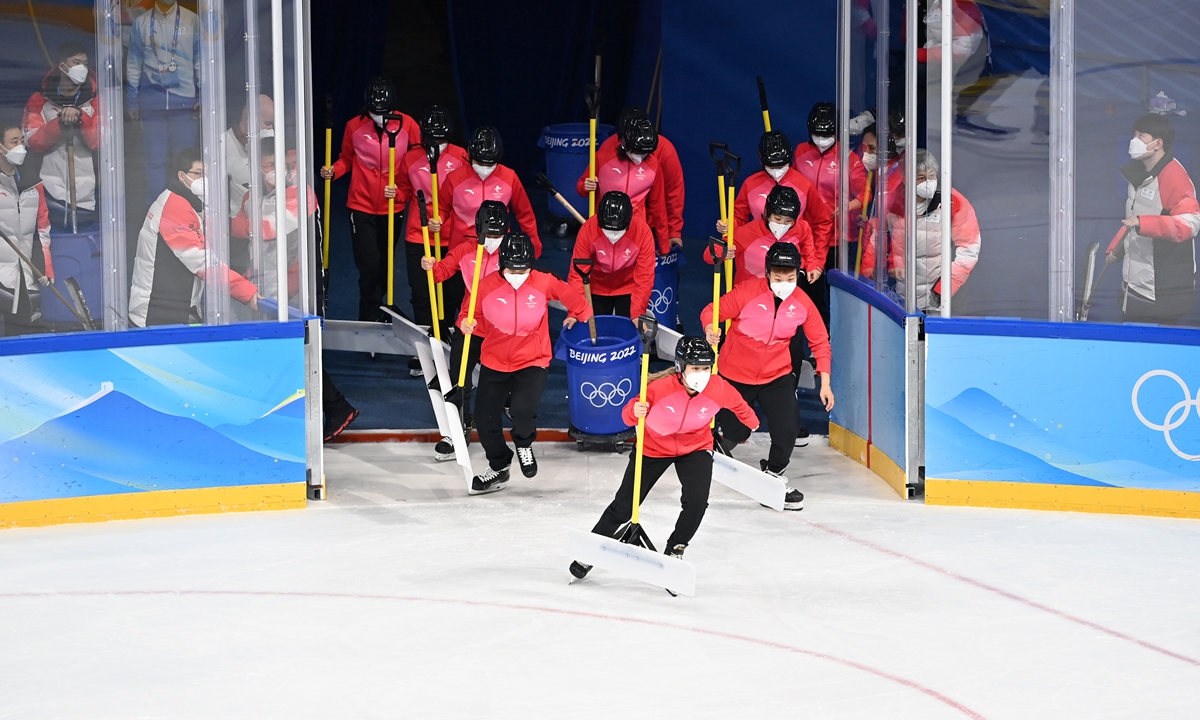 The participation in winter sports has seen a surge among children and youths in Xi’an, the capital city of Northwest China’s Shaanxi Province, during the May Day holidays.

On the first day of the five-day holidays, a provincial youth ice hockey championship was held in the city, attracting over 100 boys and girls. It was the first time the attendants played ice hockey on the floor as previous editions were held on the ice rink.

“There is a little difference between the two types of venues, particularly that the sprint on the rink is smoother than on the floor,” Zhang Zhange told Xinhua.

As the head coach of Xi’an Feixuan Ice Hockey Club, he said there is a growing number of students in Xi’an who take part in the training of ice hockey.

“A lot of schools and clubs have been teaching students to play ice hockey on the floor or ice,” Zhang said, adding that a total of 70 children from 6 to 15 years old are training at his club, which is around 15 times of the number in 2017 when the club was founded.

According to the organizers, three to four such youth ice hockey competitions were held in Shaanxi Province each year since 2018. Moreover, this year’s Xi’an Municipal Games will also feature ice hockey and figure skating.

“The participation of winter sports has once again seen a surge after the successful hosting of the Beijing 2022 Winter Olympic and Paralympic Games,” said Feng Shibin, the consultant of Shaanxi Winter Sports Association.

During the holidays, O’Jia Ice Sports Club, where the previous four editions of the championships were held, officially opened a new skate rink in a shopping mall in downtown Xi’an. Hundreds of people, mostly young students, have entered the rink for the experience or training each day.

“It was exciting,” said a citizen, Nie Junxing. He stepped onto the rink alongside his seventh-grade daughter who is fond of roller skating and mastered the basic skills of skating on the ice after a one-and-a-half-hour training session.

As an important and dynamic city in northwestern China, Xi’an has great potential to promote winter sports, according to Jing Mei, the owner of O’Jia club. In her view, launching a rink in a shopping mall is just like opening a window to showcase the sport to the ordinary mass, who will be new targets of the industry in the post-Beijing Winter Olympics era.

“We are planning to open another new rink in downtown Xi’an this year while training more coaches to meet the increasing needs of people to participate in ice hockey and figure skating,” Jing said.

At the beginning of 2022, Shaanxi Province fulfilled the goal of involving 5 million people in winter sports. According to Feng, they will continue to take the concerning associations as bridges and organize more competitions, training sessions and campus activities to foster the growth of winter sports in Shaanxi.