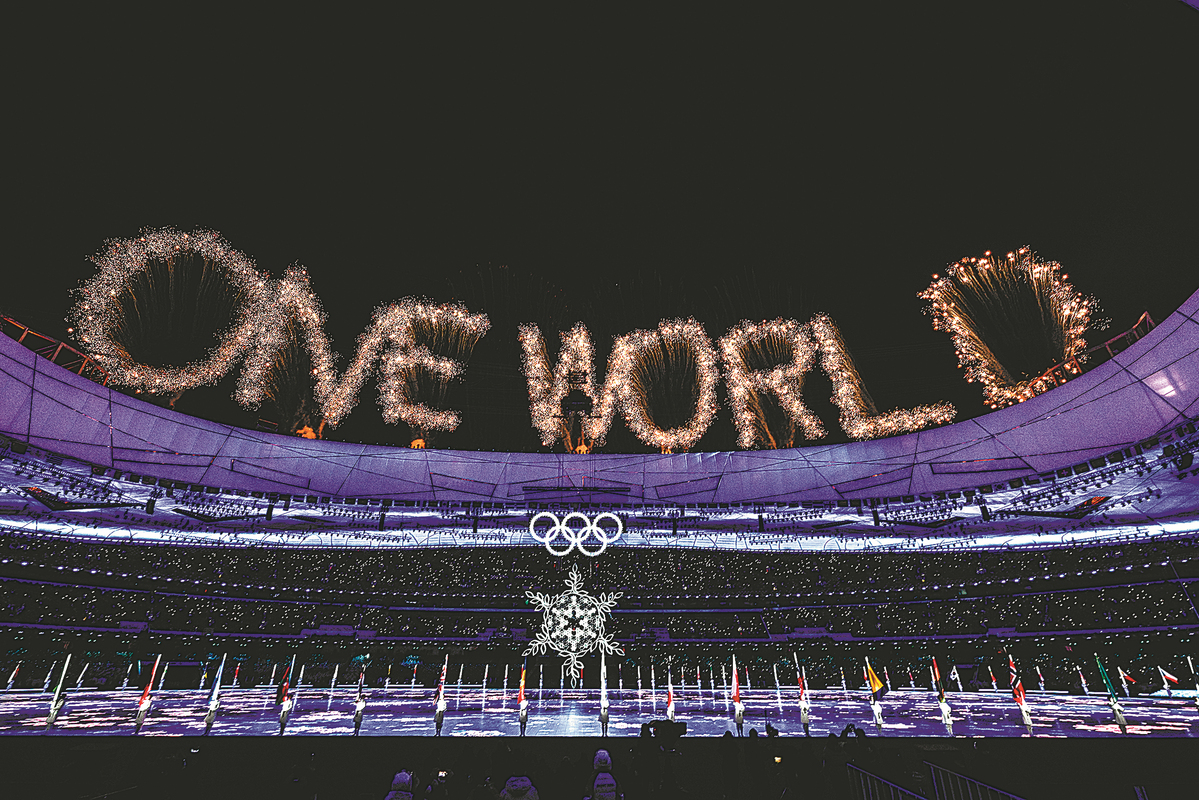 The Beijing 2022 Winter Olympics came to a triumphant close on Sunday, but the fervor for ice and snow sports in the dual-Olympic city is only just beginning.

With 177 athletes, its largest-ever presence at the Winter Games, China recorded its best-ever Winter Olympic haul of 15 medals.

These athletes, who hail from 20 provinces, autonomous regions and municipalities across the country, will likely become coaches and managers in the future, and drive more participation in ice and snow sports, according to Ni Huizhong, secretary-general of China’s Olympic delegation.

Many athletes have already dedicated themselves to the promotion of winter sports in Beijing after retiring from competition.

Chen Lu, China’s first Olympic medalist and world champion in figure skating, opened a rink in Beijing after the city won the 2022 bid. The venue is now a hugely popular spot for figure skating enthusiasts.

Beijing is actively promoting the sustainable development of ice and snow sports and the high-quality development of mass sports, making full use of the city’s Winter Olympic legacy, said Ge Jun, deputy director of the Beijing Municipal Bureau of Sports.

A number of Beijing 2022 venues were remodeled from the structures built for the 2008 Games. The National Aquatics Center, aka the Water Cube, was transformed into the “Ice Cube” to host the curling competitions at Beijing 2022.

The ice sports center, covering an area of approximately 8,000 square meters, will soon be open to the public and is expected to welcome over 100,000 visitors each year, said Yang Qiyong, general manager of the National Aquatics Center. Yang hopes the venue will encourage more young people to take up ice sports.

The Big Air Shougang venue was repurposed from a steel mill－simultaneously retaining Beijing’s industrial history and becoming one of the Games’ most eye-catching and most talked-about features. It will continue to host elite sporting events, as well as providing ice and snow sports, and extreme sports experiences for the public, and facilitate various cultural activities.

The National Speed Skating Oval will also stage a multitude of sports events and become a multifunctional ice center, according to Ge. The National Alpine Skiing Center will continue to host elite skiing competitions and training camps, as well as offering mountain sightseeing tours and outdoor sports services.

As the spring academic semester began on Monday, students of Zhenzhuquan Elementary School in Yanqing district have been enjoying ice skating lessons, giving them a taste of winter sports fun. The river across the road from the school provides a natural rink when it freezes in winter.

“Many ice and snow activities have been organized at our school, bringing us wonderful experiences,” said sixth-grader Zhao Xinlei.

The growing enthusiasm for ice and snow sports in Beijing is also reflected in participation figures. The number of registered winter sports team members in the capital has grown from 79 in 2017 to a current total of 7,565. In addition, 2.1 million elementary and middle school students in Beijing have become involved in winter sports.