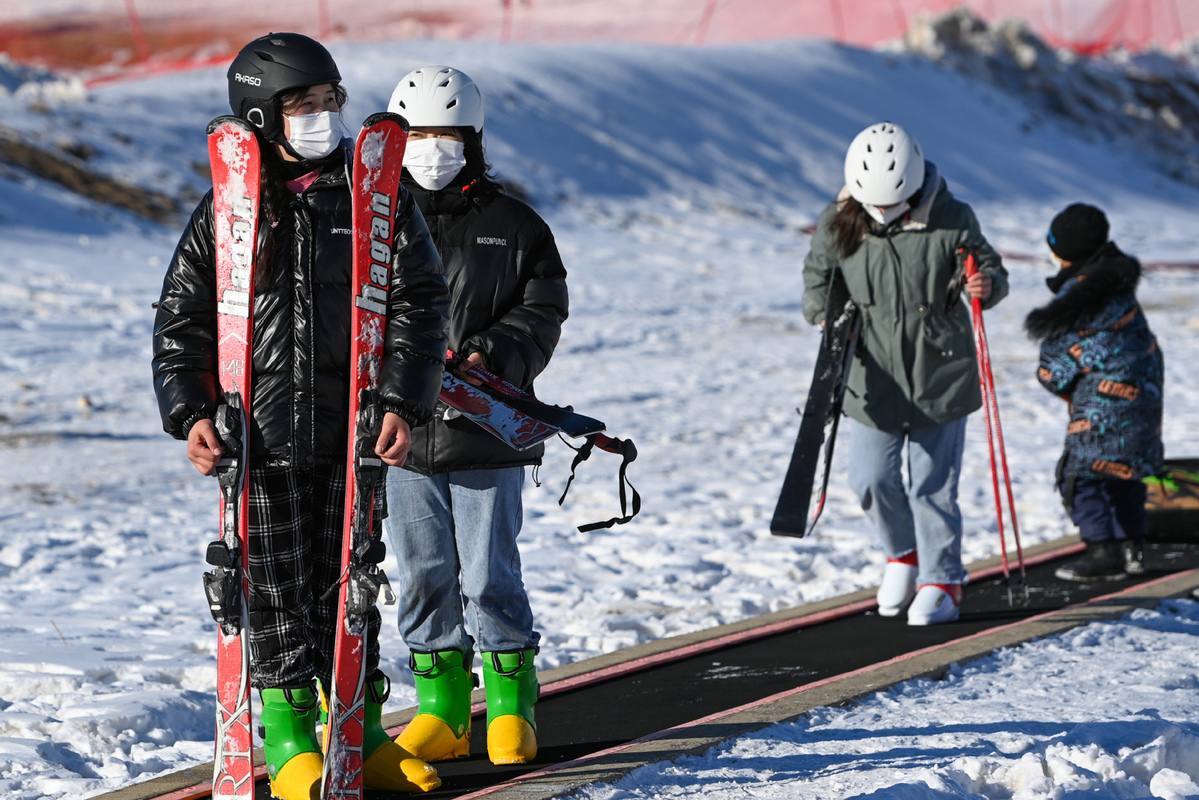 Boasting mountainous landscapes and long winter seasons, Xinjiang Uygur autonomous region in the far west of China is transforming itself into a winter sports paradise.

Since a cave painting of people hunting on skis with poles, a work believed to be over 12,000 years old, was discovered in the region, Altay City in northern Xinjiang has been regarded by many as one of the birthplaces of skiing.

Local herders still preserve the traditional way of traveling with skis made of pinewood and horsehair.

Altay prefecture, which administers the city, is known for its long winter season that can last up to eight months a year. Today it is attracting skiers worldwide with its vast area of natural powder snow.

Since March, the number of tourists traveling in chartered flights to ski in Altay has increased significantly, said Wang Xinhui, deputy director of the prefecture’s bureau of culture, sports, radio, television and tourism.

Many tourists from China’s warm southern provinces come to Altay specially to experience the charm of ice and snow, according to Wang.

The booming ice and snow tourism in Altay also offers a glimpse into Xinjiang’s vigorous development of the winter sports industry.

Thanks to the Beijing Winter Olympics, Xinjiang’s winter sports economy has gained momentum, with ice rinks, ski resorts, and ice and snow theme parks being built one after another.

During the weeklong Spring Festival holiday in February this year, Xinjiang received about 3.6 million tourists, with tourism income reaching some 2.6 billion yuan (about $400 million).

“Currently, Xinjiang is striving to build a world-class ice and snow industry, and rolling out winter tourism activities such as winter fishing, hot springs, and snow jumping,” said Hou Hanmin, deputy director of the regional culture and tourism department. “More fun for the tourists, more money for the local tour operators.”